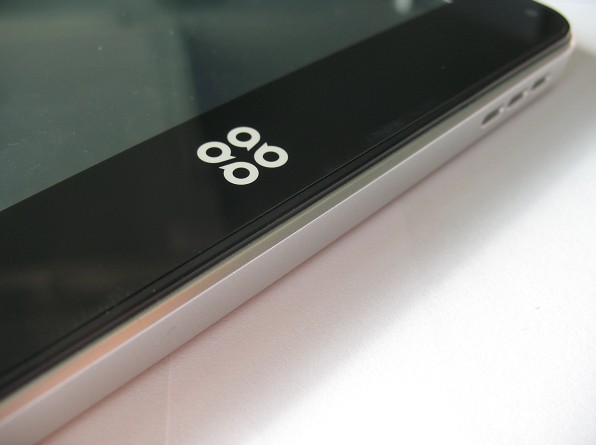 A tablet PC with an exact 9.7 inch display and running Android is quite rare. This is exactly what makes the Smart Devices SmartQ-R10 so special. However, while it impresses with its iPad-like looks, what is unique with the SmartQ-R10 is that it maintains its identity with the Android specific buttons for Home, Menu and Back functions. This is in contrast to many an iPad clone job where designers have let go of the typical Android buttons to maintain a direct visual similarity with the iPad.

Unfortunately, the SmartQ-R10’s similarity with the iPad is merely skin deep. The SmartQ-R10 is no where near the Apple tablet as far as its under the hood credentials are concerned. For instance, the 9.7 inch may have the same resolution as that of the iPad at 1024 x 768 pixels, but it is based on the resistive touchscreen technology. At its core, the SmartQ-R10 is made up of the 720MHz ARM11 Telechips TCC8902 CPU that is mated to a 256 MB of DDR2 RAM. On board storage is again a disappointment; it’s just 2 GB of Flash memory, though the included microSD card slot manages to keep things within acceptable limits as it allows for expansion to up to 32 GB.

On the bright side, the SmartQ-R10 tablet includes a quite impressive 7500mAH battery while still weighing in at just 770 grams. The tablet can connect to the internet via both Wi-Fi and 3G while the ports available on the tablet include USB 2.0, a 3.5mm earphone port, and a mic along with high quality stereo loudspeaker. The default operating system is Android 2.1.