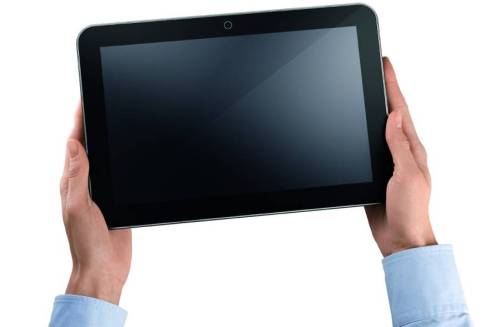 A recent update in the Toshiba Germany’s Facebook page indicates its AT200 tablet device is set to be a market reality in January at the earliest. The company had initially indicated that it would be made available in the end of 2011.

No particular clarification or reason for this delay has been announced by Toshiba, but there is the probability that the company is changing the operating system to Google Android 4.0 Ice Cream Sandwich instead of Android 3.2 Honeycomb.

The specifications for the AT200 from Toshiba involve a 1.2 GHz TI OMAP 4430 processor and 1 GB of RAM, with internal memory up to 64 GB. The tablet will come with a 10.1 inch 1280×800 pixel display. It also has both front and rear facing cameras that have almost become mandatory with all tablet devices. The biggest USP of the AT200 is its width, which at just 0.3 inches puts it in league with the iPad 2, the Galaxy Tab 10.1, or the Transformer Prime.

Toshiba earned some respectability in the tablet space when it had released its Thrive tablet PC, which fared better than its disastrous first tablet release. The Thrive is thick, but that also makes it capable of accepting full sized SD cards, while also having HDMI and USB ports. The AT200 changes all that with its super slim profile, though that also means having to do with mini ports for HDMI, USB, and SD cards. The mini ports can still be worth it, considering the AT200 is lighter than the Thrive.

Also, while the tablet becoming available in Europe by January seems to have been pretty much confirmed, there has been no such announcement for the US market yet.