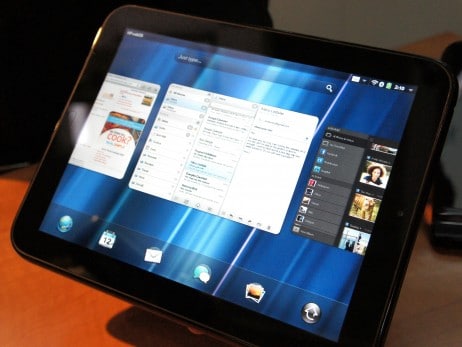 It has been quite some time now since HP promised us a tablet device. Something that can match up to the iPad, currently the undisputed leader in the tablet segment. But the tablet has never made it to the real world and has always reigned supreme in the rumor turf. All that ever came our way is just prototype tablets running different operating systems during different times of the year. And speaking of operating systems, HP seems to have left nothing to chance, having tested everything from Windows, Android to the WebOS that they have gained access to after having acquired the Palm company.

However, a HP branded tablet is back in the news once again and this time they would like us to believe it’s definitive: a tablet from HP running WebOS is indeed in the making and is just a few months away from being commercially launched. In fact, they have even gone on to specify a specific launch window, that of the first quarter of 2011.

However, this isn’t something that we have never heard before. Quite the contrary. This can be seen as an extension of the high flying promises that HP made when they acquired the Palm company – that there will be a slew of products based on the WebOS.

Only this time, we really believe it is a reality and that the tablet is as impressive as we know the operating system is.