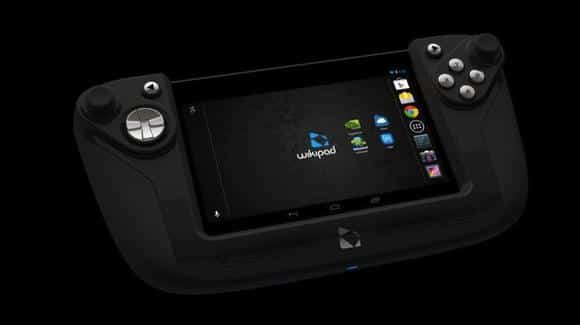 Here is some good news for gaming enthusiasts! The Wikipad is all set for a release during the upcoming Halloween season. To be precise, the 7th of September starts the pre-order process (at GameStop) and the pad is released by the 31st of October. Price for the 10.1 inch device that comes with special gaming controls has been fixed at $499.

Built around a 1.4 Ghz NVDIA Tegra 3 quad-core chip, the hallmark of the Wikipad gaming tablet is the handgrip add-ons on the sides that hold all the buttons needed for a complete and immersive gaming experience. However, the best thing is that both the hand grips are completely removeable, which means the Wikipad can be just like any other tablet device without the game controllers. Also, another nice aspect with the Wikipad is that it is perfectly compatible with gaming titles from the Sony PlayStation Mobile suite, Google Play Store, or NVIDIA’s own exclusive Tegra Zone.

Archos has also launched a gaming oriented tablet device, the GamePad, which costs much less but is powered by a 1.5 GHz dual core CPU with a 7 inch display.