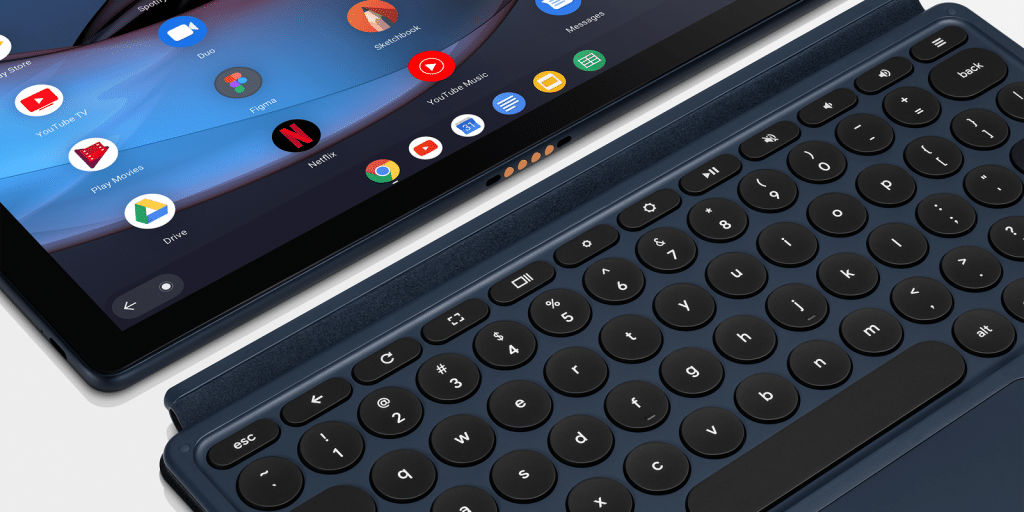 Google has just announced the Pixel Slate, which is a Chrome OS tablet. It includes Google Assistant and apps from the Google Play.  It will retail for $599 and accessories include the $199 Pixel Keyboard and $99 Pixelbook Pen and will be available later this year. Will you buy this or pass?

Google says that the “Pixel Slate feels great in your hands thanks to its evenly balanced center of gravity, rounded edges and curved 2.5D glass. At just 7mm thin and 1.6 lbs with a display that covers nearly the entire front of the device, Pixel Slate was designed to maximize what matters most to you.

Movies, photos and games come to life in brilliant resolution with Pixel Slate. We engineered the device with a stunning, detailed display so sitting back to enjoy a movie is better than ever. The all-new Molecular Display packs 293 pixels per inch—that’s 6 million pixels—for the sharpest picture.” This clarity of the screen is useful for watching HD content, or playing games from Google Play such as Online Casino.

Your music sounds great too. Pixel Slate has dual front-firing speakers that were algorithmically tuned to perfection for crisp highs and clear lows. And there’s no better way to see and hear the difference than with three months of YouTube TV* on us with the purchase of a Pixel Slate or Pixelbook.

You can also connect with the people you care most about. Pixel Slate includes 8MP cameras on both the rear and front, and the front-facing Duo Cam provides an extra wide field of view with exceptional low light performance. You can even take great photos using portrait mode, which uses on-device machine learning to keep a single point in focus.

Lastly, Pixel Slate comes with up to 12 hours of battery life with typical mixed usage, so you can use it for a day of work or class, then watch movies on your train ride home.”

The Pixel Slate is basically like the MicroSoft Surface PRO 6, where the base model is fairly inexpensive, but the costs can quickly get out of control if you want more internal storage or RAM.

Here are the specs