You are here: Home / Archives for tolino alliance 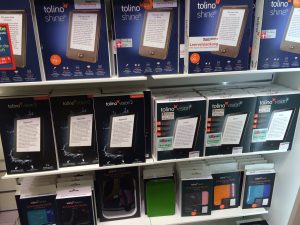 The Tolino Vision 2 was announced at the Frankfurt Book Fair and the e-reader is now available at Worldview, Thalia, Club Bertelsmann and Hugendubel.The mantra of the Tolino Alliance is to battle Amazon in Germany, and not let a big company dominate the market. The Tolino Vision 2 features the latest in e-Paper innovation, e Ink Carta. This is the exact screen technology … END_OF_DOCUMENT_TOKEN_TO_BE_REPLACED 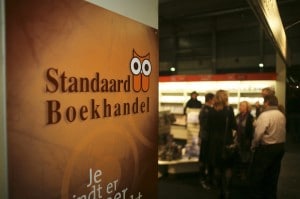 The Tolino Alliance was formed in 2013 and their mandate was to combat Amazon in Germany. This was the first time Thalia, Weltbild, Hugendubel, Club Bertelsmann, Deutsche Telekom banded together to forge a series of e-reading devices and launch an online bookstore. Today, the Tolino Alliance has now expanded to Belgium via Standaard Boekhandel.Standaard Boekhandel operates … END_OF_DOCUMENT_TOKEN_TO_BE_REPLACED 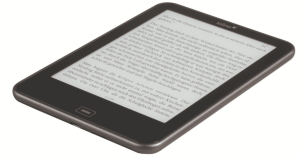 The Tolino Alliance has been making e-readers for the last two years. Major players of the initiative include Deutsche Telekom, Hugendubel, Thalia, Bertelsmann and World View. All of these companies banded together in a bid to fend off Amazon dominance in the German marketplace. The e-readers are sold in major phone shops, bookstores and tech shops. The first two generations of … END_OF_DOCUMENT_TOKEN_TO_BE_REPLACED