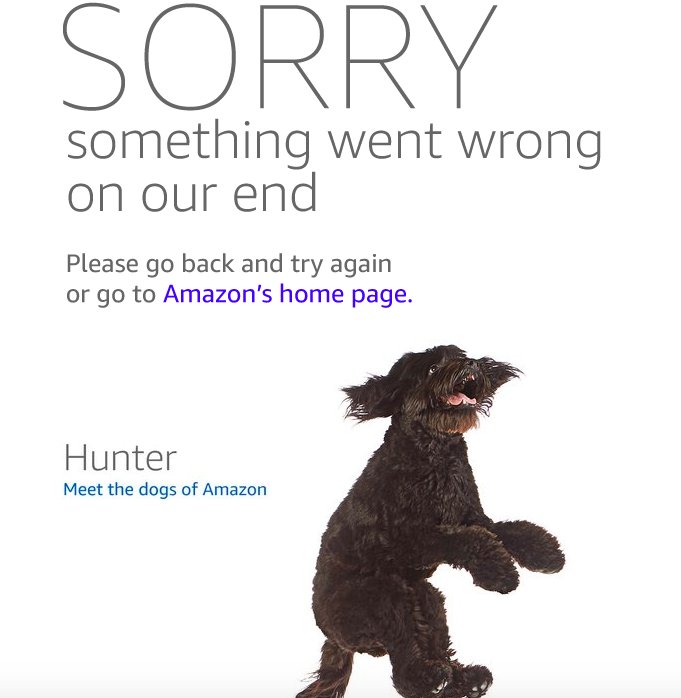 Amazon Prime Day is number online online shopping period for the summer and there are plenty of deals to be had. The Amazon website buckled under the pressure of millions of people visiting the site at once and it crashed for an hour. The outage also affected Prime Music and Prime Video.

The outage only affected users living the US and the main Amazon landing page was completely down. Individual product pages were hit or miss, but the vast majority of people either saw a blank screen or the companies 404 page, which have pictures of the dogs of Amazon.

Many Prime deals are time sensitive, which means there were hundreds of thousands of products that went on sale, and then went back to their regular price while the site was down.

In a statement released at 5PM ET, Amazon acknowledged the issue for the first time, writing on Twitter that “many are shopping successfully” and noting that there are still 34 hours left for Prime Day deals. It appears the company’s website is now functioning normally for some users while Amazon works to resolve the issue, though many are still reporting issues with adding items to their carts, checkout, and just getting into the deals portal from Amazon’s homepage.