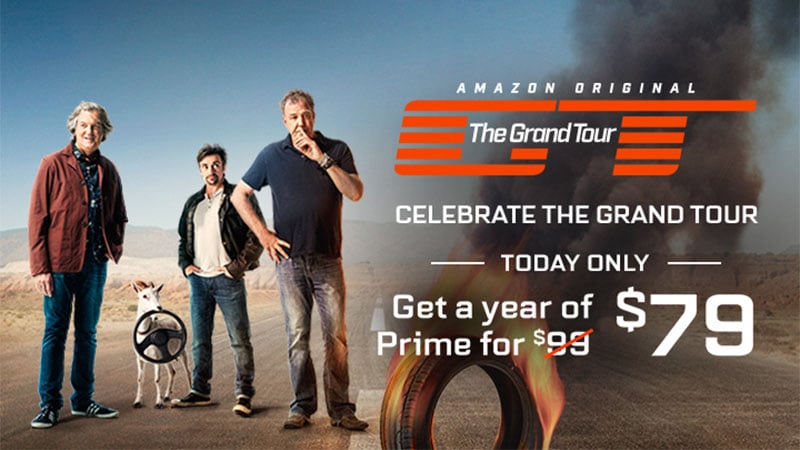 Amazon has discounted Prime Membership from $99 to $79 for the next 24 hours. This deal is only applicable to people who have never purchased a subscription before and cannot be used to extend your current plan.

This deal exists to promote The Grand Tour, an Amazon show that’s basically a reboot of the BBC hit Top Gear. Also, Black Friday is next week and it makes sense that they want as many new people as possible to get a subscription to get the free two day shipping.