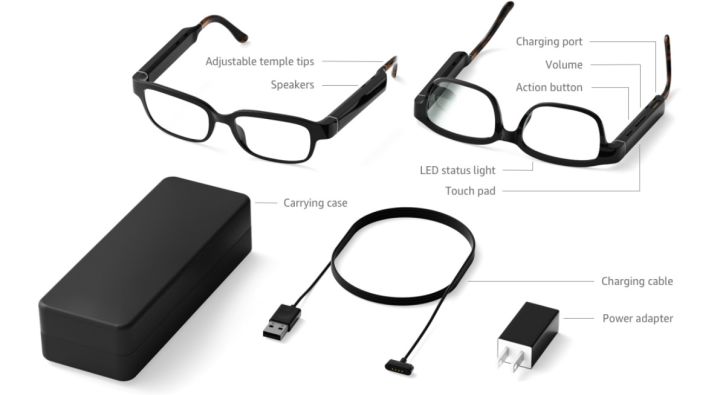 Apple is planning on releasing a pair of AR glasses in the first few months of 2020. Apple’s AR glasses will only carry a display, camera sensors, and wireless connectivity electronics, making them lighter and less battery hungry than Hololens 2 and other AR glasses. Also, the glasses will reportedly be less expensive than the competition, this is because the vast majority of the functions will depend on your iPhone. Amazon is also planning on releasing a pair of glasses with Alexa functionality, called the Echo Frames. They have speakers and a microphone, so you can ask Alexa questions and hear replies, it also has the ability to play audiobooks and music.

Alexa has been a huge boon for developers who make custom routines and Amazon is currently winning the smart speaker wars. Apple is the richest tech company and has a huge user base that would be willing to buy a pair of glasses that can display information on the frames.

I envision a day shortly where we can walk into a bookstore and ask Alexa to read a review of a book we are thinking about buying or give a short synopsis. Apple AR glasses might allow us to just scan a bookshelf and little pop ups appear giving as a view of the cover art and book titles, tap on a little icon and a book preview opens.

Customer AR apps for Apple or Alexa voice routines would have to be created by indie developers or a bookstore engineering team. Considering Amazon and Apple are safe bets for creating content, this might be a no brainer. Amazon is in the best position to show us the future of bookselling with technology, after all they have a chain of bookstores and can easily provide a proof of concept of what Echo Frames can do for the bookselling experience.