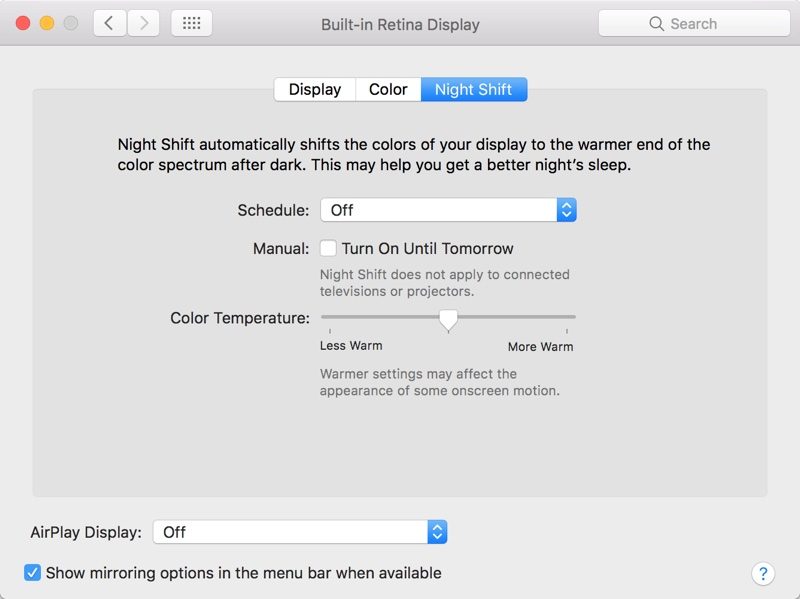 Apple has made e-reading much more enjoyable on the iPad and iPhone with their new night shift reading mode. If you have never heard about this before, basically it suppresses the blue light that emits from behind the screen, making it easier to read e-books, magazines, newspapers or even your favorite website. This feature is no longer just available in mobile products, but will soon be coming to a MAC near you.

Night Shift for MAC is only available for developers right now and should be pushed out to BETA testers within the next few weeks. Apple has promised that a public release will be available in April, which will be a boon for people who do not want to purchase f.lux software.

I think Apple is doing a good thing about taking some of the most successful elements from iOS and repurposing them for MACOS. It gives people a reason to stick with the ecosystem and delivers a similar user experience. Apple has stated that iOS will never be available on their line of MAC computers, but cherry picking key elements is a very good thing.