You are here: Home / Technology / Get a Free Book with Your McDonald’s Happy Meal 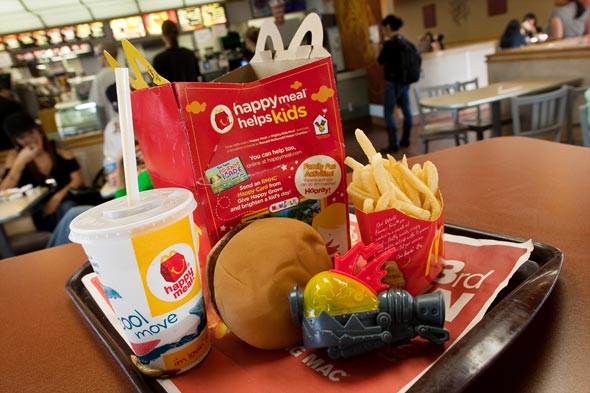 McDonald’s has been giving away free toys with Happy Meals for the last twenty years and the company has partnered with the latest movies and television franchises for cross-platform advertising. Today the company announced that in most fast food locations in the United Kingdom, they will begin giving away free books! Starting today until February 7th, you can get the popular Mudpuddle Farm book series by British author Michael Morpurgo.

Michael Morpurgo has been enjoying critical success lately in the cinema world with his movie ‘Warhorse’ being adopted by Steven Spielberg as a feature length movie. A little known fact is that he has championed children’s literacy. In 2011, 33% of British youth did not own a single book. Giving a physical book away is a win win for both parties and gets kids actually reading. It will be interesting to see how this new promotion is received by the kids and parents.