You are here: Home / Technology / Google is going to compete against the Amazon Echo 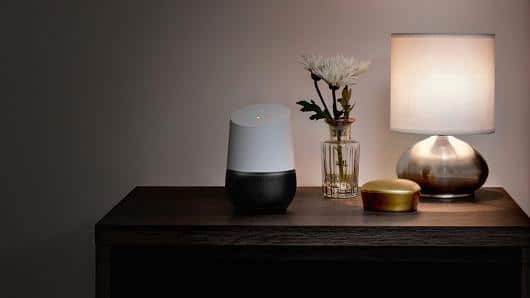 Google has announced that they have developed an Amazon Echo competitor called Google Home, the device is a virtual agent that answers simple questions and carries out basic tasks.

Google has long had voice assistant tech in its Android phones — beckoned by the words “Okay, Google” — that many in the industry see as leading the pack. Amazon on the other-hand has been the only company that has been able to develop and release a new breed of consumer product using their voice-agent.

Google Home will  sync to a smartphone version called Assistant, and links to streaming device Chromecast and smart home brand Nest. It can be personalized with different materials and colors, and may let users ask a broader range of questions than the Echo can manage, since Google’s digital assistant connects to the company’s powerful search platform.

“We’re creating a new set of entry points into the conversation that you can have with Google,” Scott Huffman, a search engineering executive at Google, said in an interview, “that are explicitly focused on this idea of having a natural conversation.”

In the last three years Google has not released a new piece of hardware, instead issuing small incremental upgrades to their various smartphones, tablets. It is about time that they get in on the groundfloor of a new product category since they missed out on social media.

Google Home will be released late this year.