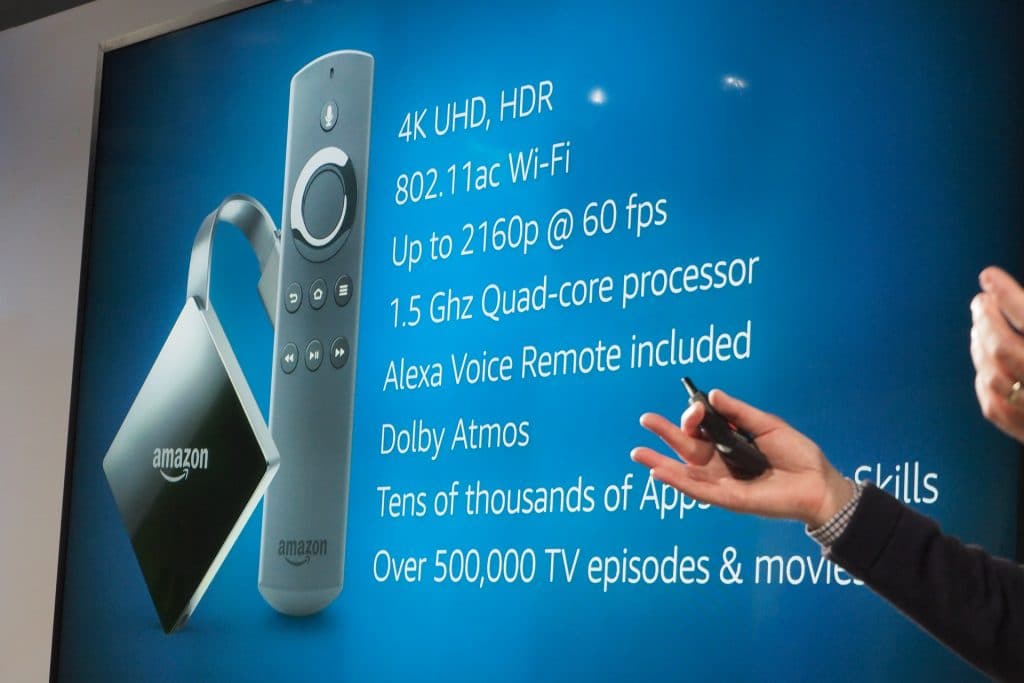 Amazon held a secret press event in Seattle today where they announced a series of new products. They debuted a new 4K Fire TV box and a new $99 Echo.  There was also a new Echo Plus device, which costs $149.99 and includes a smart home hub with support initially from more than 100 devices, including smart light bulbs to door locks. Finally Amazon showed off a new product, the Echo Spot, which  is a tiny Echo speaker with a 2.5  inch display.

It’ll sell for $70 on its own when it ships later this year, or $80 in a bundle with an Echo Dot. That’s $20 less than the previous-generation Fire TV, $100+ less than the 4K Apple TV and the same price as Google’s Chromecast Ultra, which doesn’t come with a dedicated remote. 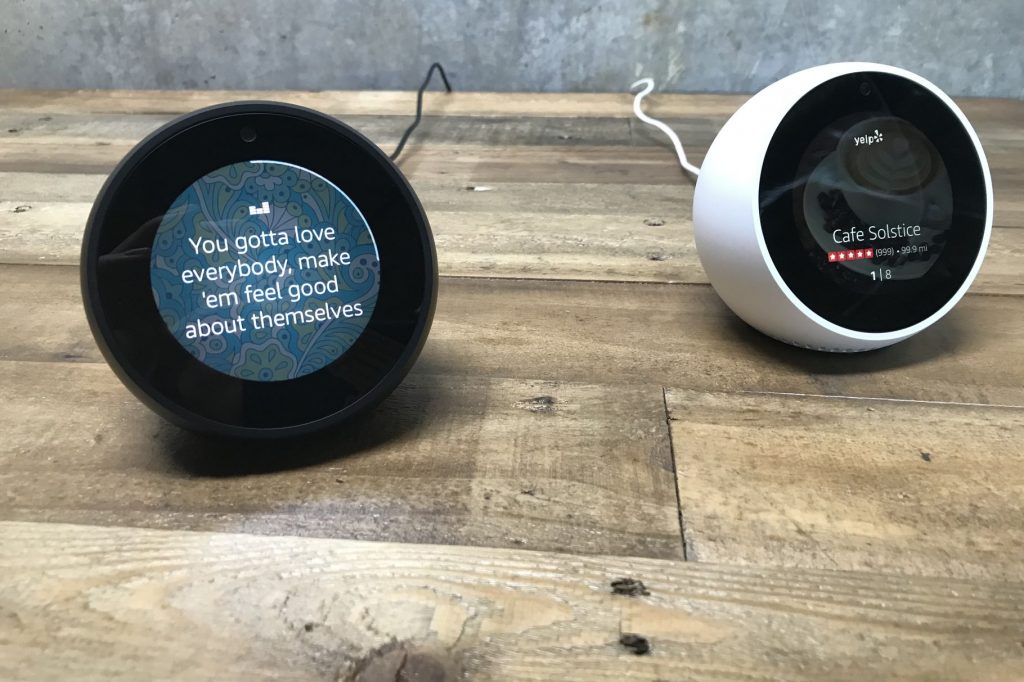 The device is like a smaller version of the Echo Show — Amazon’s first Echo device with a touchscreen — with a 2.5-inch screen that allows it to double as an alarm clock or a nursery camera, all while still being able to make video calls through the mini screen.

Amazon is hoping customers will buy multiple Spots and scatter them around the house. Among the things you can do with your Spot are see the weather, watch video news, set alarms, or see your children through a connected smart camera. It also can control other elements of a smart home, such as connected lights or thermostats.

The Spot includes a built-in speaker, but can connect to external speakers through Bluetooth or a 3.5mm stereo cable. Like the other Echo devices, it can be controlled via voice to play music from Amazon, Pandora, and Spotify, among other services. From our brief demo with the device, the screen is nice and responsive, with sharp images and bright colors. There’s a cute chirping sound when you adjust the volume with the buttons up top. It will cost $129 and will ship in December. 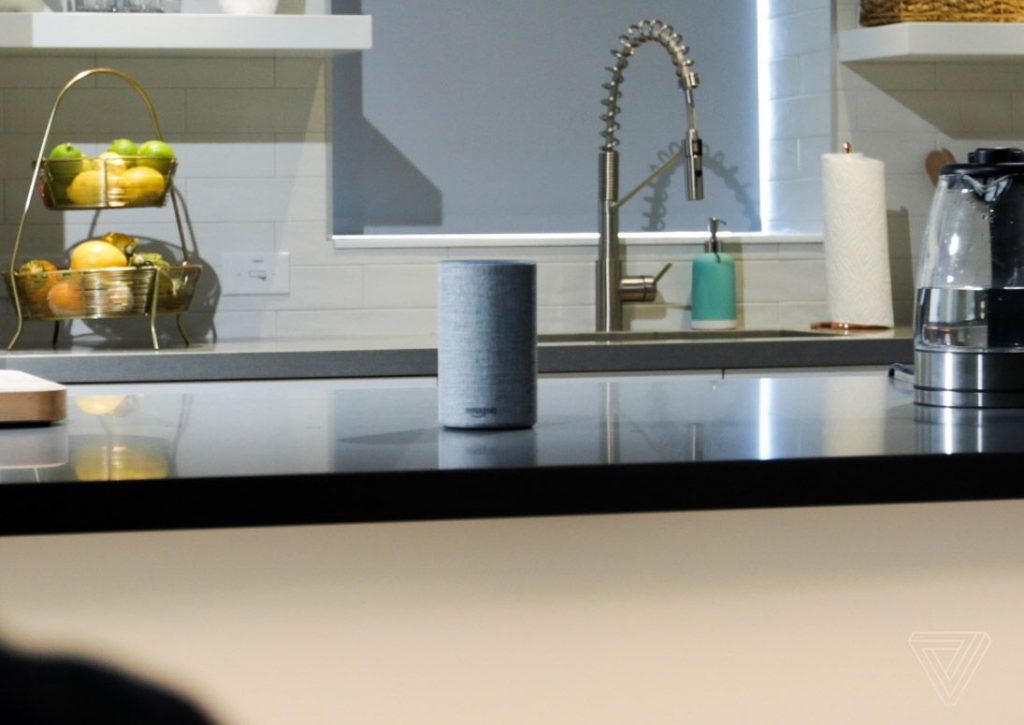 Amazon introduced a second-generation version of the Echo today with a dedicated bass tweeter and a modified, shorter design. The new device looks to be about half the size of the original Echo, is cloth-covered, and goes on sale today for $99. The company is also selling a three-pack for the first time, offering multi-room audio for $250. 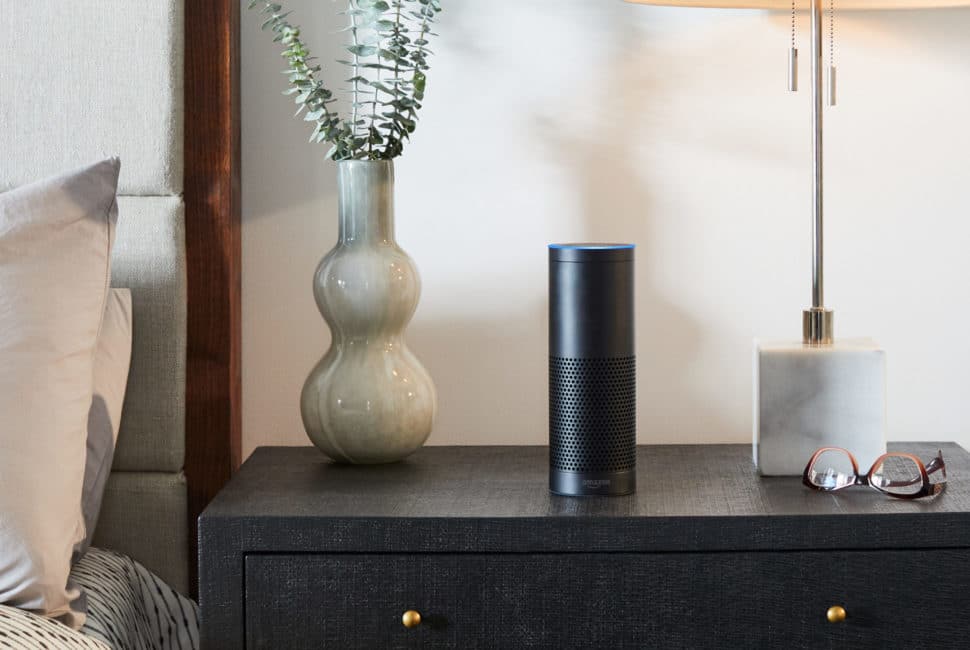 The Echo Plus is basically the original Echo, but is tricked out with new features.  Now selling at $150, it includes a smart home hub to work with internet-connected light bulbs and other smart devices around the house. Previously, consumers could control some of these devices with their Echo, but had to add an additional hub device for any bulbs that weren’t using Wifi as their networking protocol. Amazon is including a Philips Hue light bulb in the $150 price to get consumers started with their smart home.