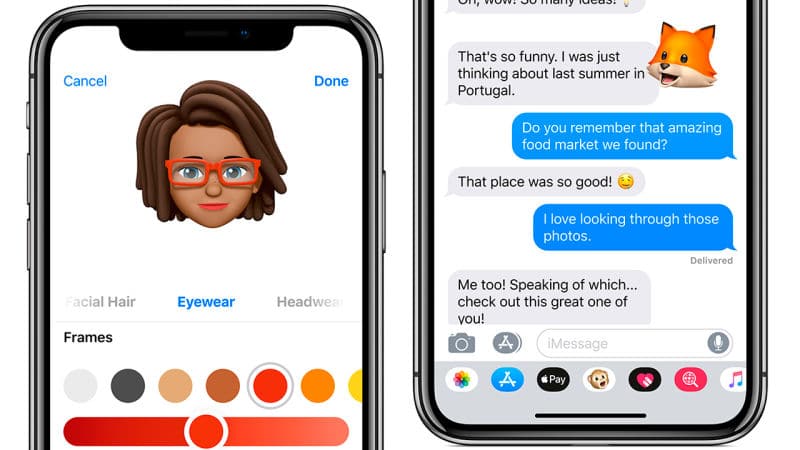 Apple unveiled all of the key elements of iOS 12 that will released later this year. It has a bunch of new features such as Group FaceTime, local multiplayer shared AR experiences, new Animoji, and a Memoji feature that’s designed to let you create a personalized Animoji that looks just like you. iOS 12 will make everyday tasks on the iPhone and iPad faster and more responsive, with the camera launching up to 70 percent faster and the keyboard showing up up to 50 percent faster.

There is going to be a new Do Not Disturb during Bedtime feature, you’ll now be able to “get a better night’s sleep” by dimming the iPhone display and hiding all notifications until prompted in the morning. When enacted, DnD during Bedtime also enhances the time and date to act as more of a bedside alarm clock as well.

In the new Screen Time app, you will find a detailed daily and weekly Activity Report that breaks down device usage across categories of apps, how many notifications you receive, how often you pick up your device, and more. With App Limits, you can set a specific amount of time to be in an app, and a notification will warn you when time’s almost up.

Screen Time is built for both individual users and families, allowing parents to see their kid’s Activity Reports right from their own iOS device. Other parental controls include features like Downtime, to set a block of time to limit a child’s iOS device usage, and the ability to choose specific apps that can be used during Downtime, like Books or Phone.

iOS 12 introduces an option to turn on automatic software updates under General –> Software Update. This will update your version of iOS automatically when an update is available.

Memoji will work much like the infamous animated emoji — or Animoji — the company launched last year. They’ll mimic users’ facial expressions and head movements. But unlike with Animoji, users will be able to customize their Memoji, selecting their avatars’ hair color and hairstyle, their skin color, and even have their Memoji wear sunglasses.  Users will be able to send their Memoji to friends using iMessage, or use them in place of their own faces in FaceTime, the iPhone’s video calling app.

With iOS 12, Apple is also introducing an improved Photos app. One new ability is for its search ability to deliver suggestions even before you start typing, highlighting important people, for example, or events you’ve visited. A new tab called “For You” will highlight photos that you’ve taken, suggest applying new effects to photos, or invite you to share an album with your friends. iOS 12 will automatically suggest photos that you may want to share and will pick people that you may want to share them with. Furthermore, people that you share these photos with will be invited to share their photos from the same time and location with you.

Leveraging the powers of AR, Apple is adding a new app to iOS called Measure. It allows you to measure the dimensions of real-world objects – both flat and three-dimensional ones – using the camera of your iPhone. Just point the viewfinder and drag along the edges of the object. The rest is AR magic! We gave this one a quick try here at the office, and it worked pretty well.

But that’s just scratching the surface. Deeper integration of and support for AR in iOS 12 can enable many other experiences, including ones experienced by several people simultaneously. Imagine a game where two people do battle in the same virtual arena, with their iPhones or iPads serving as gateways to that experience. A company greatly interested in such experience is one you may have heard of – Lego.

And that’s not all. AR experiences are also possible to appear in apps like News and the Safari web browser. This has been achieved by developing a new AR file format, USDZ, that is easy to share, open and embed. Native support for the file format will be added to Adobe’s Creative Cloud.

Siri Suggestions allows the voice assistant to learn your routines, taking advantage of all the data you’ve got on your iPhone. Siri’s suggestions are location-aware, and will offer suggestions like enabling Do Not Disturb at a specific time when you have a movie ticket sitting in your Wallet app, or calling your grandmother by checking her birthday in your Contacts app.

Shortcuts allow apps to provide certain cues to Siri, letting you ask Siri using “shortcuts” from other apps. Federighi’s example used the Tile app, and suggested a Siri Shortcut along the lines of “Hey Siri, I lost my keys.” It seems like a smart way to integrate third-party apps into the voice assistant as well as give Siri some new tricks based on apps you’re actually using. 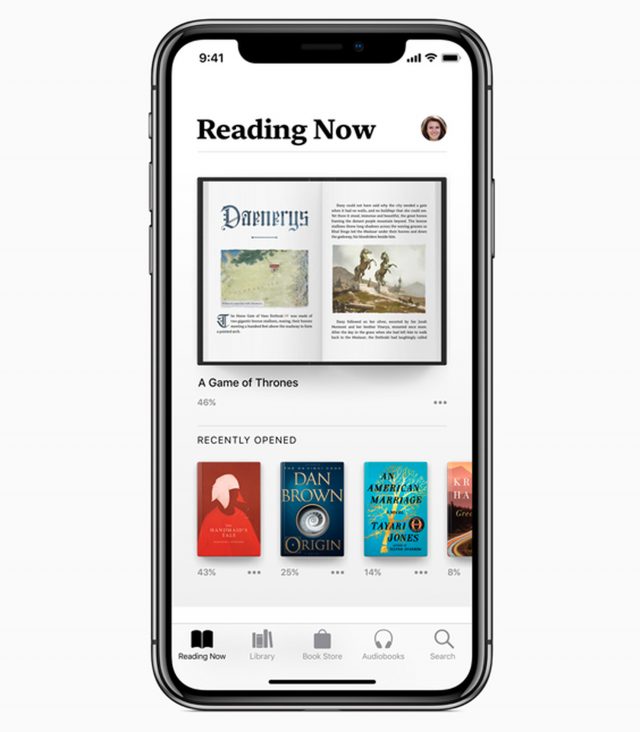 iBooks is being rebranded as Apple Books and will have a featured tab on the bookstore and show the latest book you are in the process of reading, along with an indicator on how far along you are. A new Book Store tab “makes it easy to explore new titles and browse the top charts, curated collections, and special offers,” according to Apple.

For the first time in years, Apple is putting real work into the iPhone’s built-in Stocks app. It’s coming to iPad, will support after-hours stock prices, and will now include content from Apple News that might be relevant to your current investments or influencing the market.