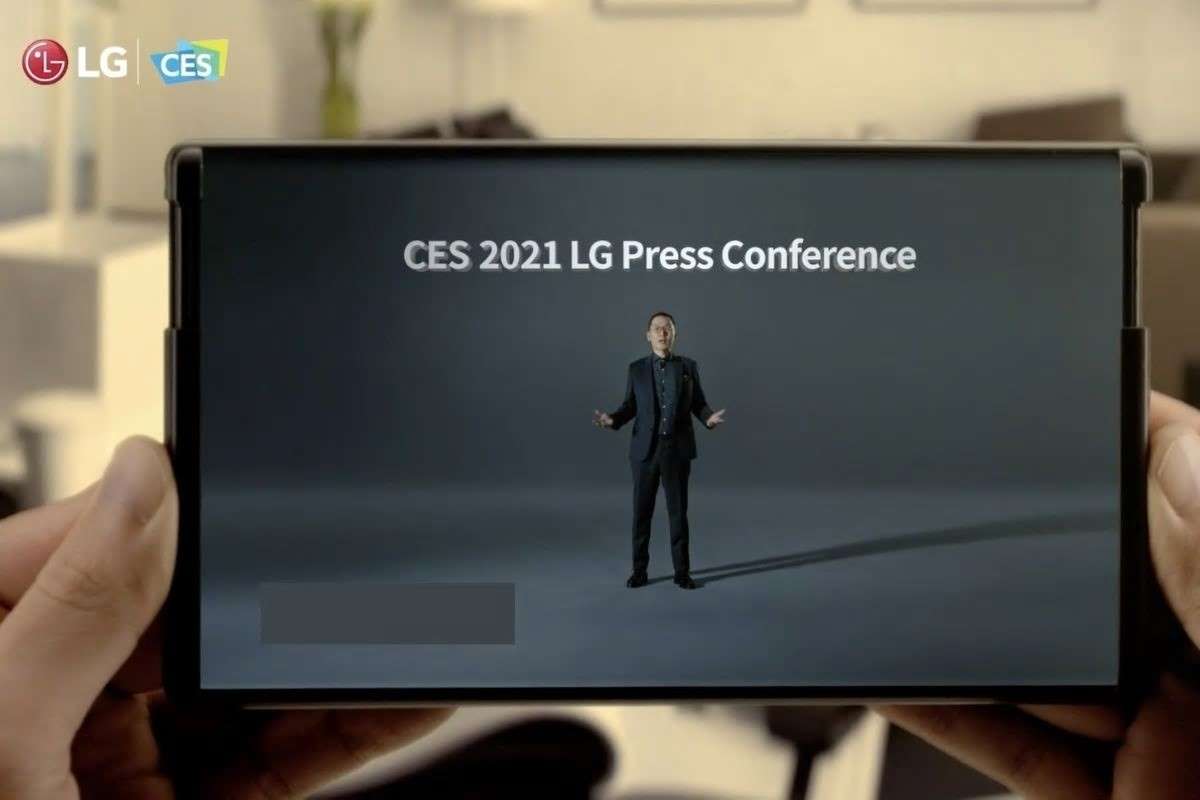 We have had smartphones with foldable displays so far. Take for instance the likes of the Samsung Galaxy Z Fold  or the Galaxy Z Flip with both featuring displays that actually folded down the middle. LG never really launched a foldable phone as such even though it does offer dual-screen phones, which however is achieved using a case that has an integrated secondary display.

So far so good but LG seems to have a few other tricks up its sleeve, like a rollable smartphone. You might have already guessed it, the smartphone – referred to as LG Rollable as of now – comes with a display that can roll over and pulled out to reveal a bigger screen. It’s just such a thing that the South Korean company is showing off at the ongoing CES 2021 event.

Unfortunately, the company does not seem to be in a position yet to reveal more details of the rollable smartphone. The concept though isn’t exactly new as the same was also teased in September 2020 during the launch of the LG Wing. In fact, both the LG Wing and the LG Rollable can be considered stable-mates in that both form part of the company’s Explorer Project.

LG meanwhile also has a rollable smart TV where almost the entire display emerges up from within a horizontal unit placed on a surface. The LG Rollable can be considered to be largely based on a similar tech but is smaller in scope. However, to make the Rollable a real success, LG will have to tweak the software extensively to make it work seamlessly in both the smaller and larger form factors. The apps too will need to be tweaked to ensure those can work flawlessly in both a tablet and smartphone form.

Worth mentioning, we have had such a concept from a few other manufacturers as well. For instance, TCL had shown off a similar smartphone with a rollable display in CES 2020. Oppo also had a rollable smartphone to show off last year. However, both were non-working prototypes.

LG too isn’t showing a working model of its Rollable smartphone just yet though the phone was shown in at least two clips during the virtual CES 2021 press conference it held a while earlier. Also, neither the phone nor anything related to it was mentioned during the conference either.

In any case, the same makes for an interesting concept as people will be spared to have a separate tablet device for their big-screen requirements. Maybe we will have an eReader as well next.