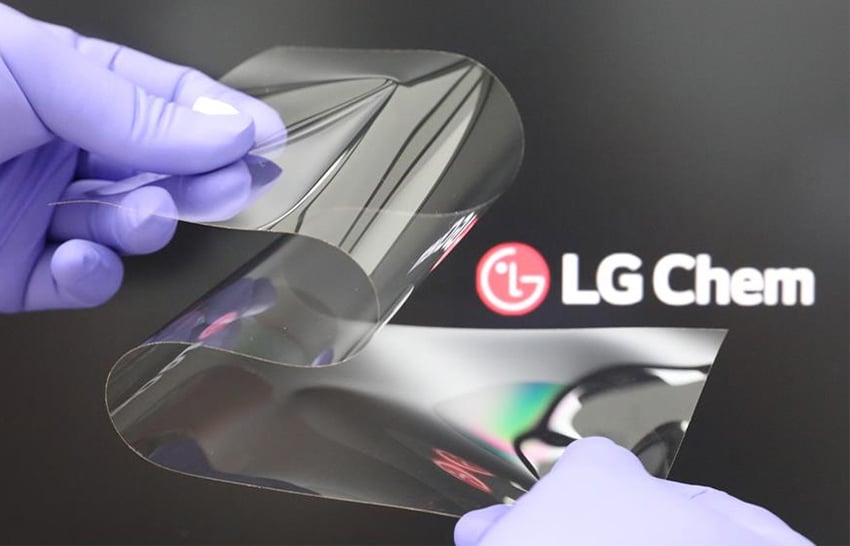 LG seems to have hit upon a new technology that might revolutionize the hot new foldable devices segment around the world. Developed by LG Chem, it’s all about a new foldable display that its makers claim is as flexible as plastic while having the hardness of glass. Another huge positive with the ‘Real Folding Window’, as it is named, is that it has no creases, something that has been the bane of the first-gen foldable devices Samsung had come up with.

The company stated the new foldable display is made using a special coating material that is attached to both sides of the transparent PET film. All of it makes for just a few dozen micrometers in depth for the display panel with superior flexibility and strength while being heat resistant as well. LG Chem said the display is resilient enough to withstand 200,000 folds easily while still remaining crease-free. Plus, the display can also be folded both ways, that is inwards and outwards without affecting its characteristics.

The company said new technologies are also being pursued that will have only the coating material but not the PET film, something that will cut down on the thickness even further. It also added their new foldable display will appear in smartphones first before making its way to tablet and laptop devices later on. It hopes the technology will be mature enough to achieve mass production by 2022 followed by a debut in consumer products by 2023.