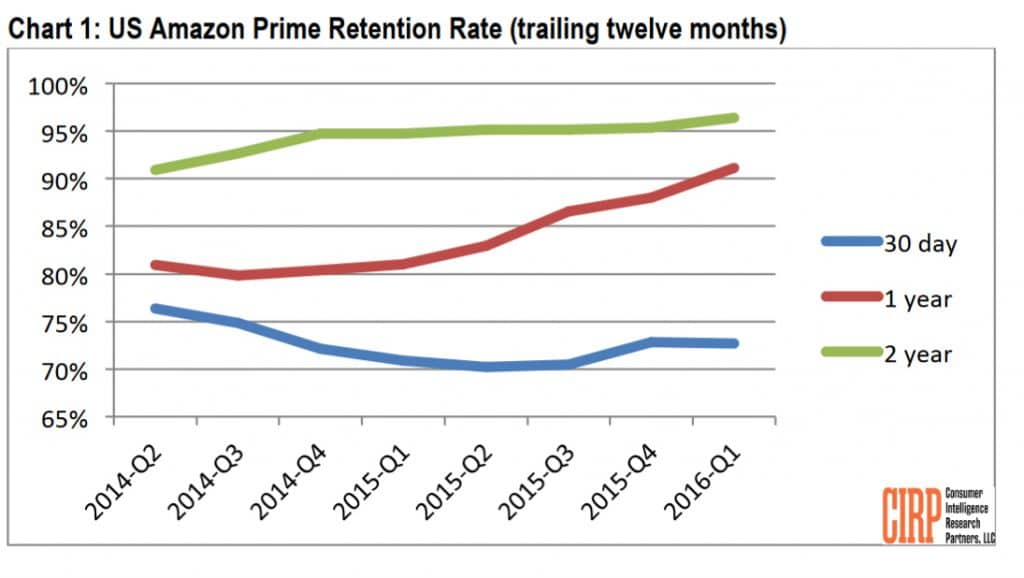 Amazon never releases official figures for Prime, so we have to get our information from surveys and analytics companies. Speaking of which, Consumer Intelligence Research Partners has surveyed over 2,000 consumers and found that 91% of one-year subscribers elect to renew for a second Prime year, while 73% of the service’s free-trial users decide to pay for Prime.

It is currently estimated that Amazon Prime currently has 56 million paid subscribers in the US, which equates to over $5.4 billion dollars a year in consistent revenue.

The average person signs up for a free 30 day trial to Prime in order to save money on shipping and most never cancel and become loyal Amazon buyers. 74% of Prime members said they used Amazon more today than when they first joined Prime. Also, 73% of Prime customers said they shopped at Amazon at least two to three times a month.