Many Tablet Computers being sold right now do not have access to the Google Android Market, leaving many people high and dry  when it comes to getting different applications on their device. At Good e-Reader we often write about a whole slew of tablets that come out and come pre-loaded with only the bare essentials and many people lament at missed opportunities. Only a few … END_OF_DOCUMENT_TOKEN_TO_BE_REPLACED

Having set things straight in its home market, which includes the launch of the Galapagos line of tablets followed by the launch of the Galapagos content service involving tie ups with e-book and online magazine publishers, the Japanese electronics powerhouse now seems to be in expansion mode. And in lieu to this, Sharp has announced it will soon be reaching American shores … END_OF_DOCUMENT_TOKEN_TO_BE_REPLACED 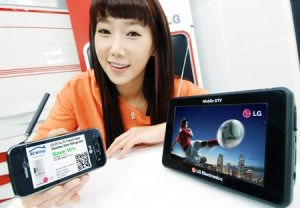 We all know that 2010 was the year of the e-reader and 2011 is set to be the year tablet Computers really hit their stride. 2010 has seen a few quality offerings in the tablet department by Samsung and Apple. Most others lack in hardware or Android Market support. However, 2011 sees LG gearing up for a higher end tablet with a 8.9 inch screen.The Korea Times is reporting … END_OF_DOCUMENT_TOKEN_TO_BE_REPLACED

Welcome to another Good e-Reader video! In this video we unbox the brand new Pandigital Novel 9 Inch e-Reader. You get to see everything that comes in the box, such as power adapters and USB cables! We also power it on for the first time and show you what to expect from a boot sequence.In this video we unboxed the American version of the Pandigital Novel 9 inch, which has … END_OF_DOCUMENT_TOKEN_TO_BE_REPLACED

Whatever might be the reason, the Apple iPad does not come with a screen that measures a full 10 inches. Instead, it measures a quite odd 9.7 inches. While there has been no dearth of tablets running Android and each trying to outclass the Apple tablet, most of them have been in the 7 and 10 inch size categories, with perhaps none in the exact 9.7 inch category, again for a … END_OF_DOCUMENT_TOKEN_TO_BE_REPLACED

Notion Ink founder Rohan Shravan has come up with a new video in the company blog and this time, it is the Leaves that is getting the focus - something that the company describes as an "app instance that does the basic tasks". Or to put it in simple terms, Leaves will allow the user to do a lot of things at the same time while ensuring performance remains within acceptable … END_OF_DOCUMENT_TOKEN_TO_BE_REPLACED

Earlier on in the year the WeTab was known as the WePad, but changed its name for anticipated Apple litigation. When the WeTab was first announced it garnered headlines everywhere. They produced some solid video and press releases about it, and setup a content distrobution system for ebooks, magazines and newspapers and everything's been silent for a good 5 months, until now. … END_OF_DOCUMENT_TOKEN_TO_BE_REPLACED 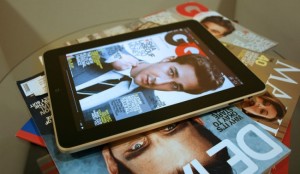 While the iPad might be rewriting sales records, unfortunately, the same can't be said of the magazine apps that is on offer on the iPad. The Apple tablet made have made the right start but it seems, it is finding it difficult to hold on to the initial figures any more. For the number crunchers, here are some figures to dwell upon as revealed by the Audit Bureau of … END_OF_DOCUMENT_TOKEN_TO_BE_REPLACED

Archos has been releasing tablets left, right and center this year, and they are ending 2010 with the retail release of their new Archos 70 Android Tablet, with an amazing 250 GB hard-drive for $399.Lets take a look at the hardware features on this new unit, first of all it has a 7 inch TFT screen with a resolution of 800x480 pixels. You interact with the device via its … END_OF_DOCUMENT_TOKEN_TO_BE_REPLACED

The biggest e-Reader company in China has unveiled a new book store in Taiwan, diving into online media and bolstering their own line of Havon Electronic Readers with a viable store in the meantime in new markets.The new eBook store by Hanvon has over 10,000 titles currently available and supports many languages such as; traditional Chinese, simplified Chinese and English. … END_OF_DOCUMENT_TOKEN_TO_BE_REPLACED

We just got our free samples of the Mobile Cloth today and if you have a touch screen device such as a Tablets and Slate PC's, or even a smartphone these cloth swipe away fingerprints and grime like a dream and are even eco/dye free.John Hartigan, CEO of Mobile Cloth had this to say - “MOBiLE CLOTH is made of a unique high tech material consisting of microfibers 100 times … END_OF_DOCUMENT_TOKEN_TO_BE_REPLACED