Cambridge University Press, the folks behind Cambridge Journals is offering a new way for people to use their research papers, the digital rental model. Instead of paying $30 to $40 to purchase them you can now rent them for 24 hours, for as little as $5.99. This should be a boon for students and researchers to get the information they need and be done with it.The new … END_OF_DOCUMENT_TOKEN_TO_BE_REPLACED 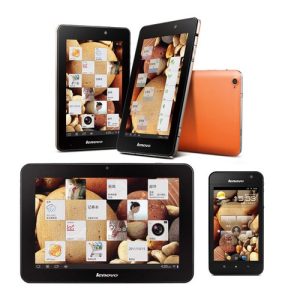 Lenovo has launched three new tablet PCs under the LePad brand in China. The tablet range comprises of 5, 7 and 10 inch sized devices and are likely to be branded IdeaPad or IdeaTab when they are introduced in the US market.Lenovo LePad S2005Starting with the smallest device, the LePad S2005 comes with a 5 inch display and is the one that was spotted in a leak some time … END_OF_DOCUMENT_TOKEN_TO_BE_REPLACED 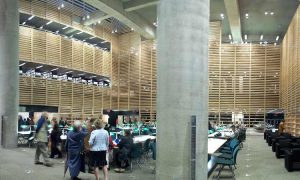 Lumos Research for the Canadian Urban Libraries Council has released new reports that are encouraging to the sustainability of the public library system in Canada. Across the country, library usage is up 45 per cent over the past decade, from 16.6 to 24.1 transactions on average per capita.One of the most well known success stories in very traditional library adapting to … END_OF_DOCUMENT_TOKEN_TO_BE_REPLACED 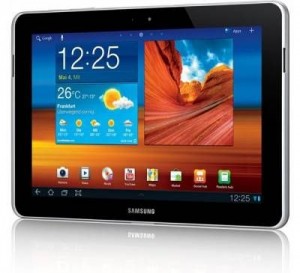 Not surprisingly, Samsung's new Galaxy Tab 10.1N has failed to impress Apple boffins with the latter already having moved court to seek a fresh ban on Samsung selling the re-designed tablet. Samsung had earlier lost their case in court and had to stop selling their Galaxy Tab 10.1 in Germany due to a ruling by a local court that had gone in favor of Apple.Samsung has … END_OF_DOCUMENT_TOKEN_TO_BE_REPLACED

The Kindle Fire is still fresh in the market but has already being provided with an update to its software. Termed version 6.2, the update is available OTA and will download and install automatically on the tablet of connected to Wi-Fi. The update can also be downloaded manually from the Amazon site. Amazon is claiming overall operational efficiency of the tablet post the … END_OF_DOCUMENT_TOKEN_TO_BE_REPLACED 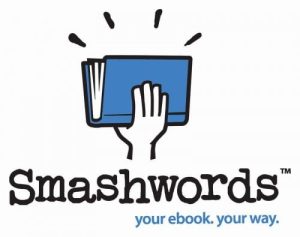 GoodEReader.com has written extensively over the past several months about traditional literary agencies that were exploring and experimenting with helping their clients digitally publish their own titles. While this has been especially popular for authors who have managed to get back the rights to their out-of-print, older works, several agents we spoke with are also exploring … END_OF_DOCUMENT_TOKEN_TO_BE_REPLACED 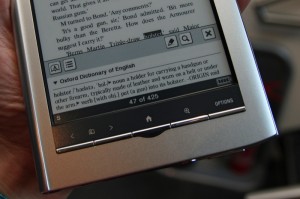 Many sources that we have contact with in the retail sphere have all told us in the last few days that the Sony PRS-650 e-reader is officially unavailable. It is a total impossibility to find it in most retail settings such as Best Buy, Futureshop, Sony Style and other leading retail stores. Up until a few weeks ago it was possible to find it in those stores, even if their … END_OF_DOCUMENT_TOKEN_TO_BE_REPLACED 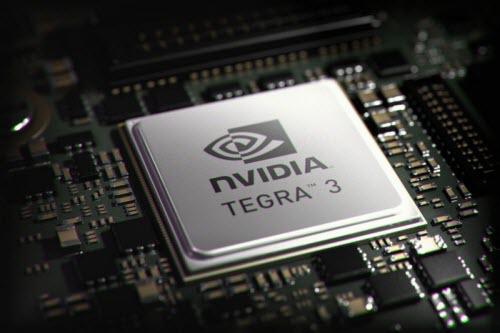 The Asus Transformer Prime was the first tablet to use the new Nvidia Tegra 3 Quad-Core CPU processor and is poised for great success during the critical holiday season. Not to be outdone Acer and Lenovo are planning on launching their own tablets using Tegra 3 in the first quarter of 2012 using Google Ice Cream Sandwich.Digitimes sources close to the matter in Taiwan where … END_OF_DOCUMENT_TOKEN_TO_BE_REPLACED 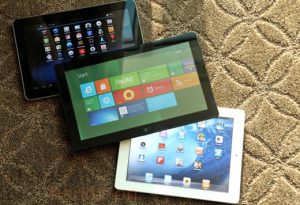 Windows 8 did manage to build up a lot of excitement when it was unveiled earlier in the year though the fact remains, all of that might remain too far fetched if its not on time. Windows next iteration is coming at a time when the Apple iOS and Google Android has already entrenched themselves considerably in the tablet space, which means Windows 8 has to hit ground running. To … END_OF_DOCUMENT_TOKEN_TO_BE_REPLACED

The Blackberry Playbook has finally received the rooted treatment by three enterprising young chaps. There was an exploit found in the operating system found by  xpvqus who has been working hard with neuralic these past few months to further the initiative, and with cmwdotme. The new rooting application will be released to the public soon and will be known as DingleBerry. The … END_OF_DOCUMENT_TOKEN_TO_BE_REPLACED 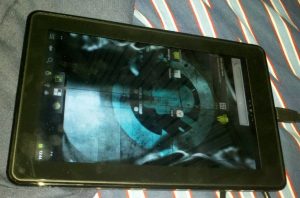 Amazon recently released the full source code for their first Android offering, the Kindle Fire. It was only a matter of time before CM7 was ported over and it looks like we have a developmental alpha version right now. XDA Developers is the quintessential resource forum for all things mod and hacking for Android. Today a user by the name of  JackpotClavin posted two images … END_OF_DOCUMENT_TOKEN_TO_BE_REPLACED