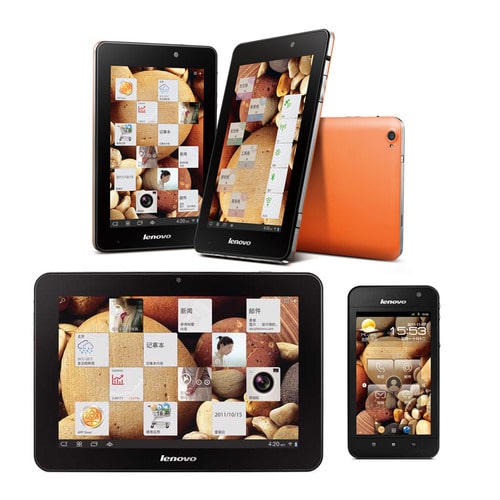 Lenovo has launched three new tablet PCs under the LePad brand in China. The tablet range comprises of 5, 7 and 10 inch sized devices and are likely to be branded IdeaPad or IdeaTab when they are introduced in the US market.

Starting with the smallest device, the LePad S2005 comes with a 5 inch display and is the one that was spotted in a leak some time ago. The LePad S2005 bears a lot of similarity with the Dell Streak 5 which has since been discontinued as well as the Samsung Galaxy Note or the Galaxy Player 5.0. The Lenovo device can make phone calls too and hence its one of those devices that can both be a smartphone and a tablet.

The screen has a resolution of 800 x 600 pixels and a viewing angle of 178 degrees. For OS it comes loaded with Android 2.3.5 Gingerbread. Powered by a 1.2 GHz Qualcomm Snapdragon dual core processor, the LePad S2005 features a 1 GB RAM while the tablet gets its juice from a 1680 mAh battery pack. Other features of the LePad S2005 include a dual camera setup — 5 megapixel rear facing and a 1.3 megapixel camera at the front, while the 5 incher also boasts of a micro USB, HDMI, and SD card ports. The tablet is also 4G capable.

The LePad S2007 sports the same processor and RAM configuration as that of the LePad S2005 though it sports a 1280 x 800 pixel 7 inch IPS display. The rear camera this time is of a better 8 megapixel resolution while the front facing is once again is the same as in the LePad S2005. The battery pack is of higher rating, being 3790 mAh which Lenovo claims is good enough to allow for 8 hours of usage. Micro ports are also same as that of the LePad S2005 though it does not have phone calling facility as its smaller sibling. The tablet weighs 0.8 pounds and is just 0.38 inches thick.

When shipped it will be pre-loaded with Google Android 3.2 and boasts of 3G connectivity.