Yahoo has been totally revising the way they show digital content on some of their biggest properties. They have adopted a unified magazine layout to  Travel, Movies, Health and Food which makes it seem fresh and modern. Yahoo DIY is the latest magazine to launch and will appeal to enthusiasts looking for ideas for their next project.Yahoo DIY will initially focus on news … END_OF_DOCUMENT_TOKEN_TO_BE_REPLACED 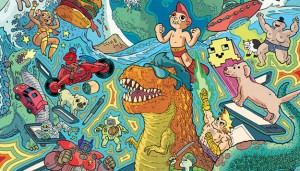 Wacom is employed by serious art creators in the comic and gaming industry, everyday thousands of artists are penciling, inking, coloring, lettering or simply cleaning up traditionally illustrated scanned artwork. In order to broaden their customer base and really show what their technology can do for digital comics, Wacom is partnering with a ton of great artists to release a … END_OF_DOCUMENT_TOKEN_TO_BE_REPLACED 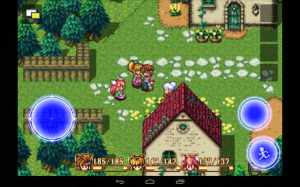 Japan first enjoyed Secret of Mana back in 1993, at a time when this real-time, top-down view battle system was truly unique and innovative. Add to that the ring command menu system that the game introduced: allowing players to user items, change weapons and perform all of their requisite actions without the need to switch screens. With thanks to the developers at Square Enix, … END_OF_DOCUMENT_TOKEN_TO_BE_REPLACED

A report released by J.D Power and IDC, indicates that Apple is starting to lose tablet market share again (despite remaining at the top of the list of those device manufacturers). The survey also showed that Apple has slipped into the number two slot for customer satisfaction, right behind Amazon (and their line of inexpensive Fire tablets).Of course, if the survey is … END_OF_DOCUMENT_TOKEN_TO_BE_REPLACED

Flipboard describes itself as being your personal magazine, and that is about as an accurate a picture as they could paint. From the first moment you download the app, there is little question that it is refined and a joy to use --and with a complete redesign and a generous helping of updates, this is even more true now.By choosing the categories and then the stories within … END_OF_DOCUMENT_TOKEN_TO_BE_REPLACED 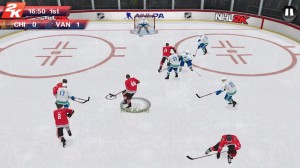 Hockey is very important (and when I say that as a Canadian, you can believe it is true). With the season having gotten underway just a few weeks ago, our appetites are whet and we want more. Fortunately, NHL 2K is now available for Android (a little behind schedule, but we can forgive the developers at 2K Games, Inc).The game offers three styles of play: 3v3 mini rink … END_OF_DOCUMENT_TOKEN_TO_BE_REPLACED

The Kindle Voyage is the latest generation flagship e-reader from Amazon. Many people find themselves exclusively relying on the online bookstore and are aware they can load in their own PDF files or eBooks from the internet. Today, you will learn how to load in your own books.First of all, Amazon Kindle e-readers read AZW and MOBI as a primary format that are easily found … END_OF_DOCUMENT_TOKEN_TO_BE_REPLACED 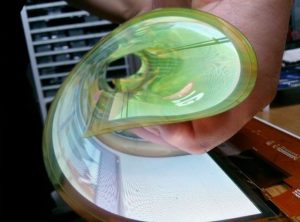 LG is quietly refining their flexible e-paper technology and has actually seen some commercial success along the way. New innovations will pave the way for super large screen displays that will transcend into the television arena.In 2012 LG first entered the flexible e-paper arena and developed a screen that was crafted from a flexible plastic substrate, the display … END_OF_DOCUMENT_TOKEN_TO_BE_REPLACED 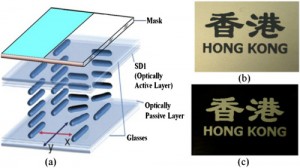 One of the big benefits of e-Ink technology is that it draws no power when a simple static image is being displayed or when you are reading a page in an eBook. The only time power is being drawn is when a full page refresh occurs or if you are interacting with the screen. A new LCD initiative is underway at the Hong Kong University of Science and Technology. They have … END_OF_DOCUMENT_TOKEN_TO_BE_REPLACED 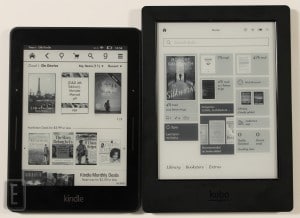 Amazon and Kobo have been battling all over the world to attain new readers and promote their own distinctive ecosystem. Amazon especially has been building out their media empire by key acquisitions of GoodReads and Comixology, and boosting up their catalog of audiobooks via Audible. When it comes to dedicated e-ink based devices, they tend to do one thing really well, which … END_OF_DOCUMENT_TOKEN_TO_BE_REPLACED 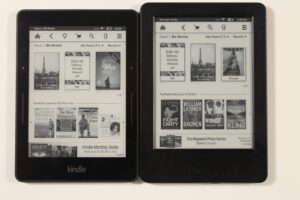 Amazon has released a totally new product line for their Fire tablets, which is getting most of the mainstream media attention. Flying under the radar is the Kindle Basic and Kindle Voyage, two e-ink based readers. Today, we take a look at both devices to give you a sense on what they are capable of and the main differences. … END_OF_DOCUMENT_TOKEN_TO_BE_REPLACED