You are here: Home / Audiobook News / Audible and Publishers are trying to foster Audioboook growth in the UK 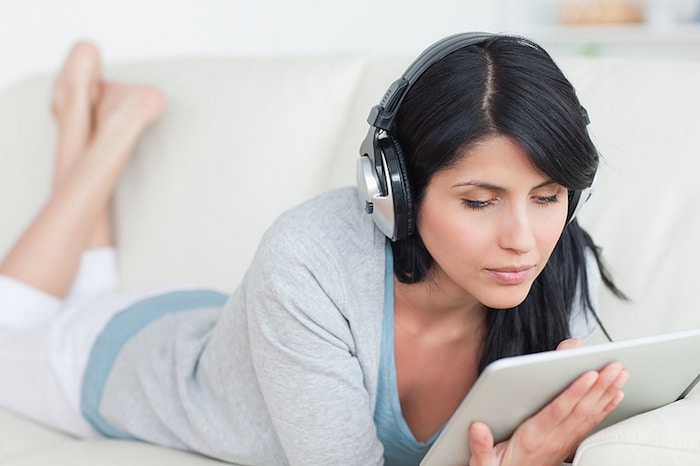 The audiobook market in the United Kingdom has grown by leaps and bounds over the course of the past five years, but consumer adoption is still very low when compared to e-books. Laurence Howell, senior director at Audible UK said “Demand still outstrips supply and there are thousands of titles not being converted into audio,” he said. “Some genres are sorely represented. When we heard about the sad death of William Trevor, I realised we only one single short story to download on Audible. For whatever reason, we can do better for consumers.”

Audiobooks were one of the most successful publishing categories in 2016. Audible currently has more than 250,000 titles on its UK website and the format is increasingly attracting younger listeners, Howell said.

Young professionals and students over-index as heavy buyers of audio and we expect this demographic to grow. People are also listening more frequently, as 45% of fans have upped the amount they listen to year-on-year. And 39% of consumers say they also increased the amount of titles they read in print and e-book formats – so we can drive business to other parts of the industry,” said Howell.

The United Kingdom’s audiobook market rose by 30% in 2015 – and has grown by an astonishing 170% in the past five years. Overall, the entire UK audiobook market is currently evaluated at around £91 million. The reason for lack of clarity is that Amazon owned Audible have never released any of its sales data and as the company now accounts for such a large proportion of the market it’s hard to assess accurately how much their contribution has changed the overall growth in audio sales. In July 2015, The Bookseller noted that Audible’s UK company accounts recorded sales of £29.5 million (up almost £9 million from 2013), which would support the estimate that the total UK market is around £91 million.

Sure the United Kingdom’s audiobook market is growing, but it pales in comparison to the US. Michele Cobb from the US Audio Publishers Association, said the US market for audiobooks was worth $1.77bn in 2015, nearly double its worth in 2011. A fifth of the market is made up of CD sales, meaning digital audiobooks make up the majority of the market, and unabridged stories account for 96% of the total.

I think in order for audiobooks to be culturally accepted by book readers a few things need to be done. There has to be a concentrated effort by Audible and the publishers to initiative an advertising campaign and the prices need to come down. Right now the average audiobook costs more than a hardcover.