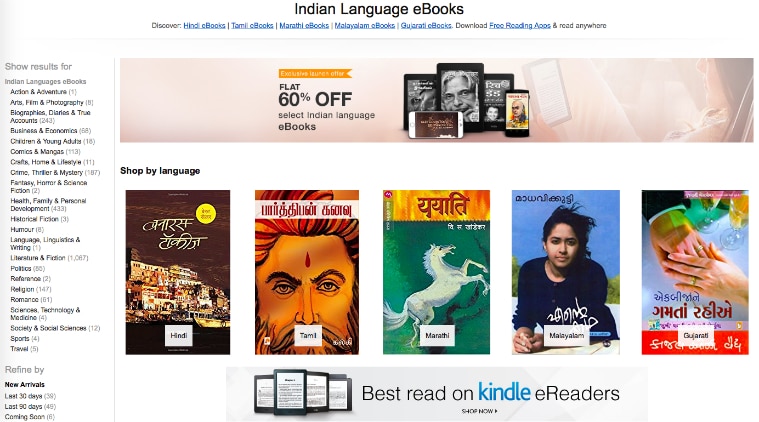 Amazon is focusing on India and has populated their Kindle bookstore with thousands of e-books in five regional languages. Users can now purchase bestsellers and download free samples in Hindi, Tamil, Marathi, Gujarati and Malayalam.

“We are excited to offer readers the largest digital selection of best sellers in five Indian languages. All you need is an Android or iOS device, or a Kindle eReader to get started. This is another step in our ongoing work to provide more choice and selection to Indian readers,” said Rajiv Mehta, Kindle India Country Manager.

The selection of books also include translations of globally popular titles like “The Secret” by Rhonda Byrne, “The Monk who sold his Ferrari” by Robin Sharma and contemporary best sellers like “The Secret of Nagas” by Amish Tripathi. Free classics like “Godan” by Munshi Premchand, “Parthiban Kanavu” by Kalki Krishnamurthy, “Deshbandhu Das” by Sane Guruji, “Thag” by Ramanlal Vasantlal Desai and “Chandalabhikshuki” by N. Kumaran Asan are also available.

Amazon has also added hundreds of e-books in these five languages to their Kindle Unlimited platform, giving international users a chance to read in their native tongue, no matter where they live.