You are here: Home / Digital Publishing News / Book Mate is expanding into Scandinavia 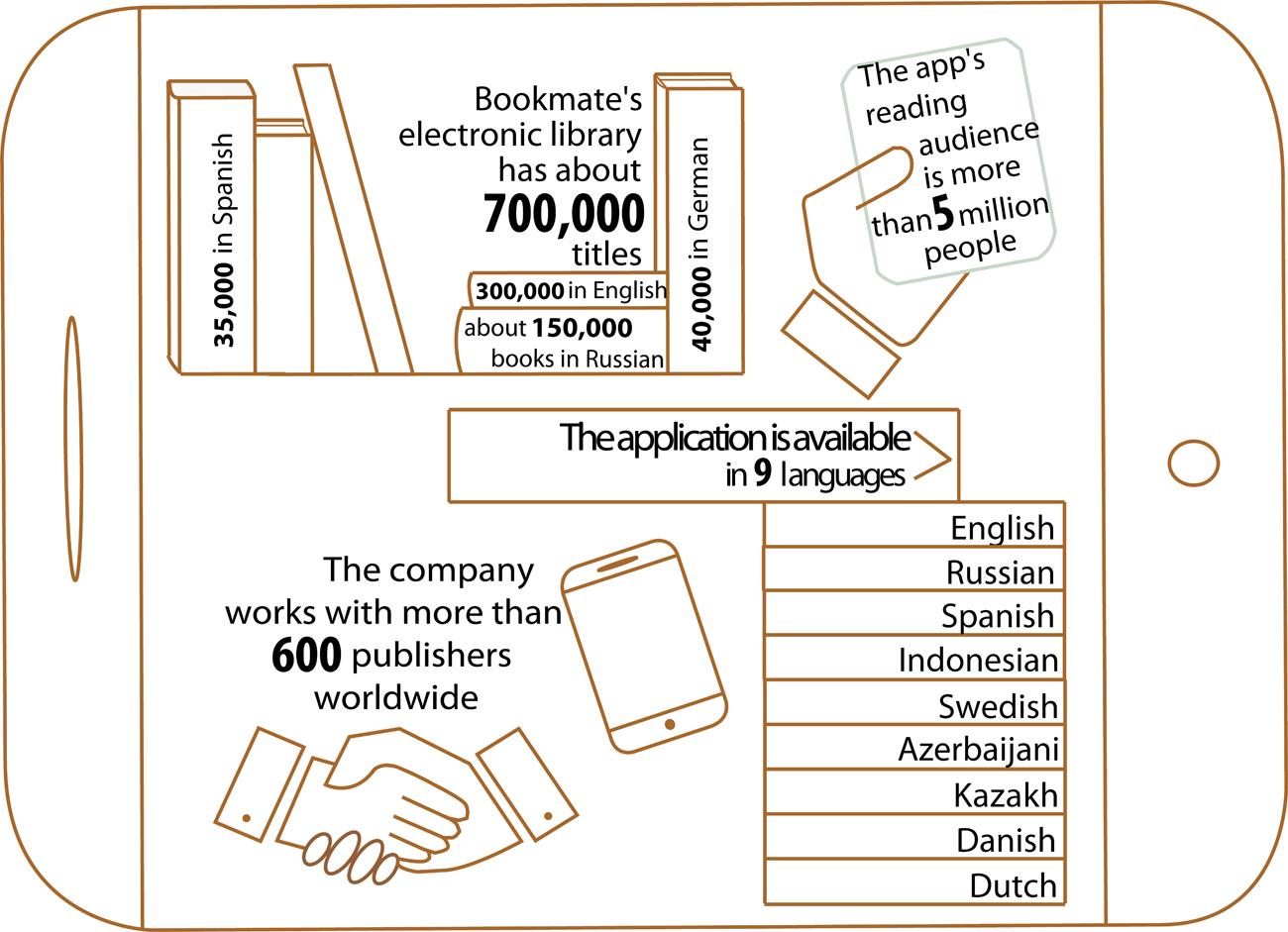 Book Mate launched their unlimited e-book subscription service in 2013 and their primary markets are Russia, Turkey, Nigeria, Pakistan, India and the Philippines. Over the years the company has since expanded into North America via their apps for Android and iOS.  In order to foster further growth, Book Mate will soon be expanding into Europe and they will particularly be focusing on Scandinavia.

Book Mate has a compelling value proposition, they charge $5.00 per month to tap into a catalog of over 700,000 titles in over nine different languages.  The executives at Book Mate leverage the spectre of piracy in order to get publishers onboard and willing to contribute frontlist content. Managing Director Andrei Bayev said “In Russia, if you hold back the release for even six months, everyone will just read it for free. I must say, the problem of piracy is the same everywhere. If someone thinks that people use torrents less in Italy, Denmark and America, it’s not true.”

In early 2017 Book Mate will start to market their services in Denmark, the Netherlands and Sweden, but this will be challenging. They will be competing against Bliyoo and Storytel, two players that have been dominating Nordic book culture for quite sometime.  Additionally, Book Mate will also be focusing on more underserved markets. They are currently ironing out publishing contracts in the Philippines, Malaysia and Vietnam.