You are here: Home / E-Book News / Mofibo Wants to Compete Against Bliyoo 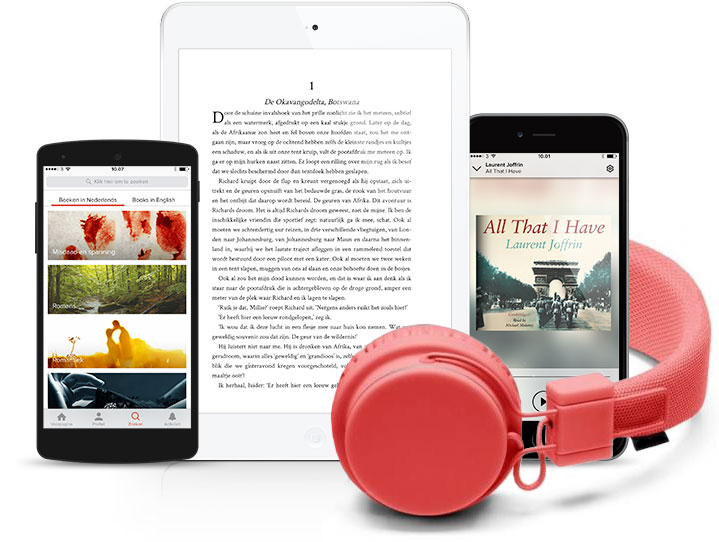 The Netherlands e-book subscription scene is starting to heat up with a new entrant into the market. Mofibo launched last week and they offer customers an unlimited amount of Dutch and English e-books and audiobooks for 12.99 Euros per month.

Mofibo was founded in 2013 in Denmark and just expanded into Sweden and the Netherlands. Every day their readers are consuming over 1 million pages and they listen to 2 million minutes of audio content. Every month the company has 15,000 new users subscribe or sign up for a free trial.

In order to successfully launch in the Netherlands, Mofibo had to strike deals with local publishers. Their catalog now includes content from VBK Lannoo Meulenhoff, Overamstel, New Amsterdam, Stage, Cossee, the Crime Company, Character and Friday. You will also find English-language titles from major publishers such as Penguin, Random House, Simon & Schuster and HarperCollins.

Caroline Mouwens, commercial director of VBK, stated “VBK is open to new developments and Mofibo has convinced us with their plans for the Netherlands. We believe in their model and they open up a new demographic of people eager to read.

Lisa van den Herik of Unieboek is excited about all the initiatives. “It’s fantastic that an experienced party as Mofibo Dutch books and audio books is entering the local market. These new services make reading e-books affordable and accessible, and are expected to be an important response to the massive scale on which e-books are shared and downloaded illegally in the Netherlands.”

Mofibo has an uphill battle in the Netherlands, primarily due to Bliyoo who is the most established player. Not only does this company offer the same catalog of content, but they also have digital newspapers and magazines.

You can download Mofibo – Books Unlimited from the Good e-Reader App Store for Android and also from Apple.