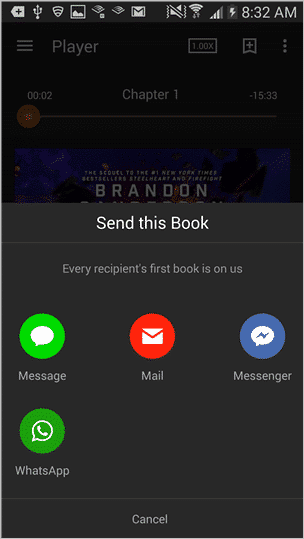 Audible has a program called Send This Book and it has been available to US residents for the past six months. Send this Book allows you to send the audiobooks in your library to friends and family. It is free for you to send. And if it is your recipient’s first time accepting an audiobook through this feature, it will be free. This program has been a quiet success for Audible and they have just launched it in the United Kingdom.

The United Kingdom is the second largest audiobook market for Audible, although the country has failed to adopt the digital format in a meaningful way. According to research from YouGov, 55% of people think that listening to a book is a ‘lesser’ way of consuming a book, while only a paltry 10% felt that listening to a book was equal to reading it.

Send This Book might be the feature that increases audiobook usage in the United Kingdom. Someone with a large audio collection could easily send off their favorite title to their entire group of friends and it is free for them to listen. This feature is available on the Audible website and their apps for Android and iOS.