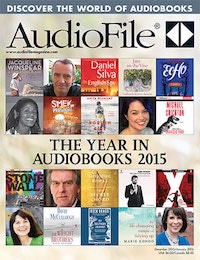 The global audiobook industry is currently evaluated at 2.8 billion dollars and this is primarily due to the sheer amount of new titles that were produced in 2015. 43,000 new audiobooks were released last year and with so many being made discovery is a major problem. One of the companies trying to make it easier is AudioFile Magazine.

AudioFile Magazine produces 40 new audiobook reviews every single week and have a stable of 85 writers.  The vast majority of them are focusing on reviews, but some conduct interviews with authors or pen feature stories.

The founder of AudioFile Robin Whitten elaborated on the most popular genres on the website “Mystery & Suspense gets the most attention, while Science Fiction and Fantasy are popular with a fairly distinct audience; we have a lot of listeners who like Young Adult titles, because of of very popular summer SYNC program. (audiobooksync.com); biography & contemporary culture (our broad subject classification) have a good following; ”

In terms of what they review, Robin said the emphasis was on the mainstream audiobooks from major publishers but “we also review Indie pubs and take submissions from all publishers. A good deal of effort spent trying to find the audio gems that are not getting attention elsewhere. There’s always an interesting stream of new backlist (not filler, but things that were never recorded). We also follow what books are being talked about (NPR, Early Word), and get the audio editions in front of people. ”

AudioFile Magazine is free to read but they offer paid subscriptions for people who want to get the digital edition sent to their inbox or want something in print.