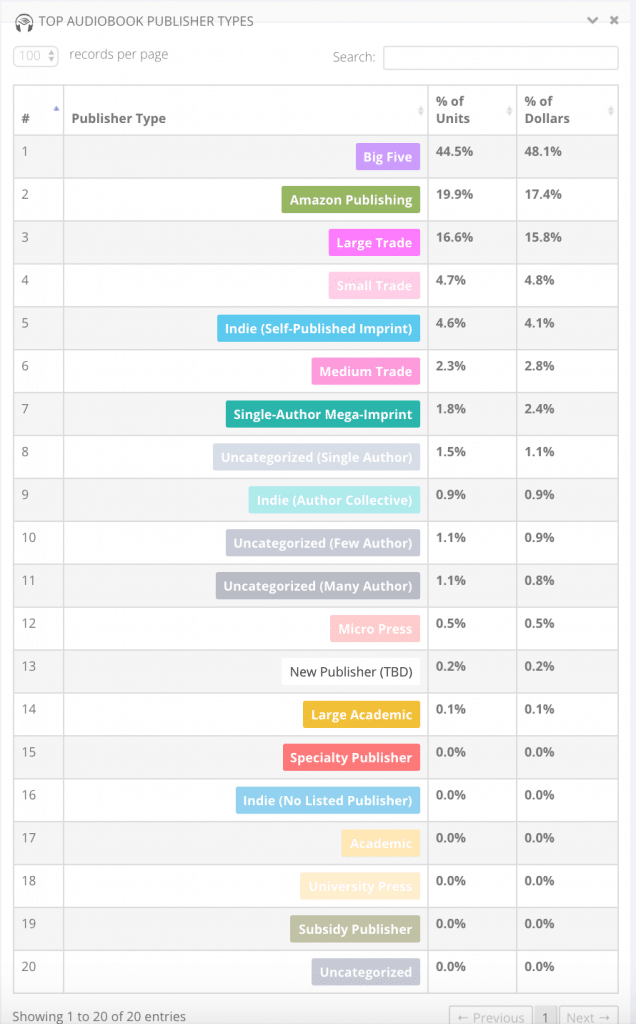 The digital audiobook industry has been growing exponentially for the past four years and the big five publishers are generating the lionshare of revenue. Penguin Random House, Hachette, HarperCollins and S&S accounted for 45% of all US sales from April 2017 to January 2018. Amazon-owned publishing imprints, such as Audible Studios and Brilliance Audio account for a fifth of all US audio sales. But a significant minority of these are sales of titles where audio rights that have been sub-licensed from self-published authors, the Big Five, or other traditional publishers.

In the United States audiobooks generated over $495 million dollars and most of the revenue was from Audible and iTunes. iTunes has a license agreement with Audible to power their audiobook store on iBooks, so basically Audible completely dominates.