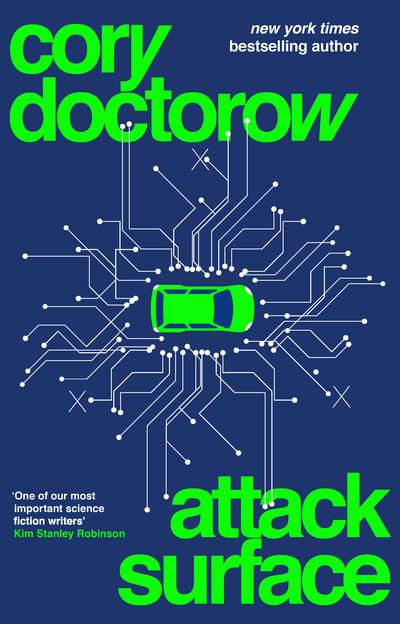 Famed science fiction writer Cory Doctorow has been publishing books for over a decade, and his new title is going to be release next month, called Attack Surface, but he won’t be selling it on Audible. Instead, Doctorow is selling the recorded version of the book through a Kickstarter campaign, and it will also be available through non-Amazon vendors like Google’s Play store and libro.fm.

Audible does a mandatory DRM system for all audiobooks, authors and publishers have no way to disable DRM on audiobooks, since Audible incorporates it on everything they they sell. Things are quite different if authors want to distribute ebooks through the Kindle ecosystem, through Kindle Direct Publishing, there is an option to enable or disable DRM, Audible has no such feature. “We should not live in a world where manufacturers get to decide how you use their products once you buy them,” Doctorow says.

When he announced the Kickstarter campaign on Twitter, Doctorow wrote: “As you probably know, I hate DRM with the heat of 10000 suns: it is a security/privacy nightmare, a monopolist’s best friend, and a gross insult to human rights. As you may also know, Audible will not carry any audiobooks unless they have DRM.”

Since its Tuesday launch, the campaign has pulled in more than $104,000 in pledges on Kickstarter from more than 2,600 backers, with the audiobook available to those pledging at least $15.