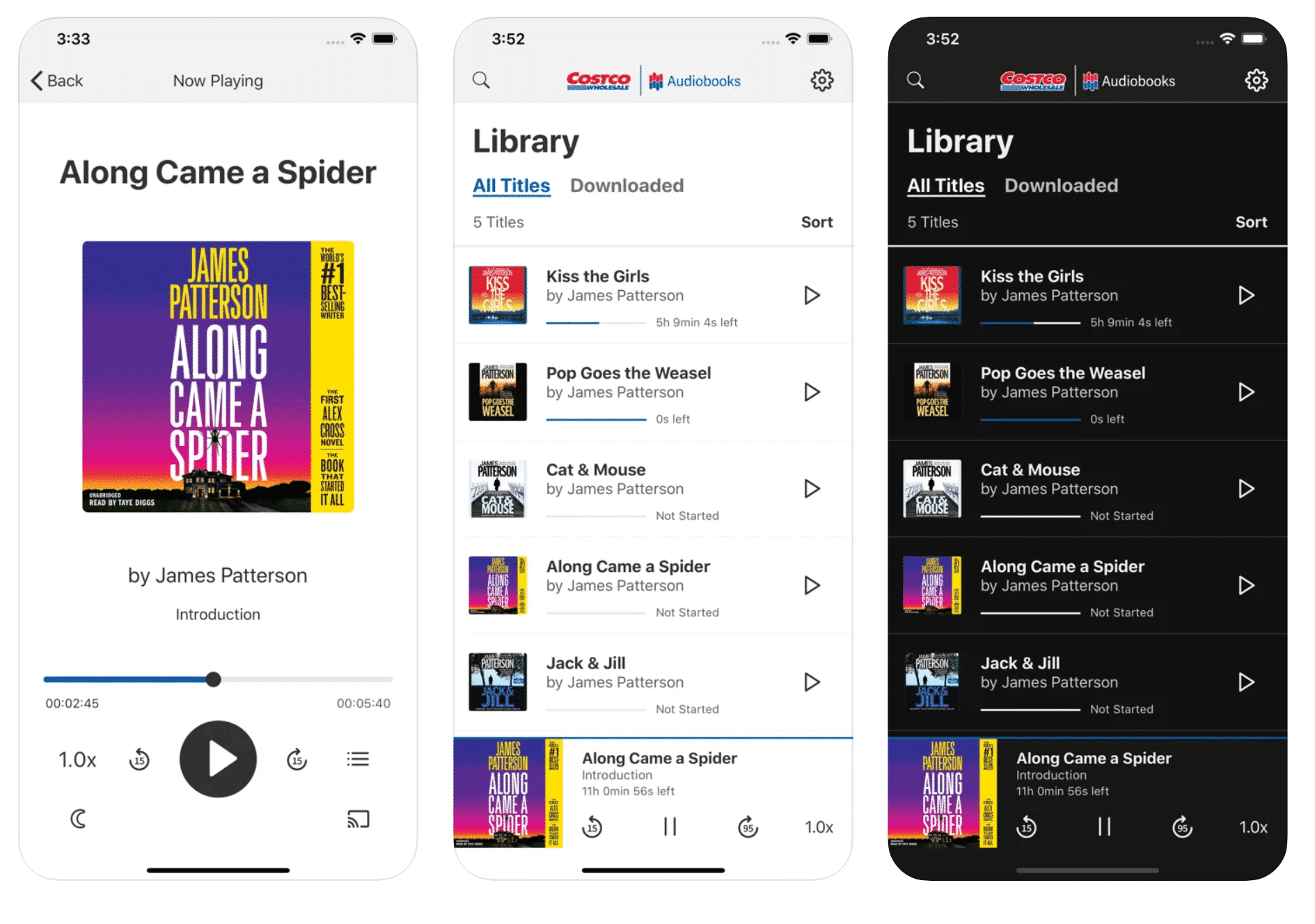 Costco is one of the largest big box retailers in the world and they are getting into the audiobook business. The company has just launched an audiobook store on their website and a free app where you can listen to the purchases for iOS and Android. They primarily sell audiobook bundles, with a number of titles for a very low price and are curated by Costco staff.  There are also listings for individual audiobooks, but you have to be logged in to view them.

The audiobook bundles provide some really good deals. The Walter Isaacson collection includes Leonardo da Vinci, Steve Jobs, Benjamin Franklin and Einstein for $29.99 for all four titles. Audible charges $39.99 just for the Steve Jobs audiobook. It seems most of the audiobooks available on the site are from Simon and Schuster, which represent the vast majority of the 200+ titles on the store. Although they also have deals with Recorded Books, Macmillan Audio and Penguin Random House.

In order to buy audiobooks from Costco, you need a membership card and live in the United States, as the store has not yet launched  in Canada.  The membership program is what subsidizes the cost on the bundles and provides better deals than buying them individually from other online retailers such as Audible, Barnes and Noble, Kobo Audiobooks and others. In order to view individual audiobooks you need to also be a member and logged in, if you are not logged in, you will also be able to view the bundles.

Costco has not issued any press releases or informed the media that they launched an audiobook store. None of the audiobooks have any reviews, so it doesn’t look like they have sold a single bundle yet.