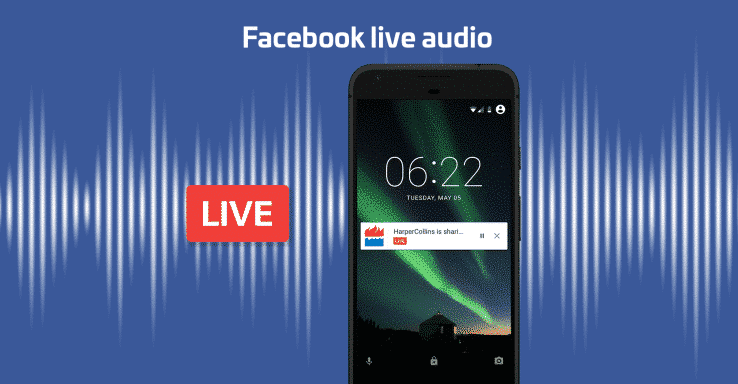 Facebook is launching a brand new system that will be great for people who want to do live podcasts or radio shows. This new system is great for publishers and book bloggers who want to reach a new audience and do live audio. Just like with Live Video, users will be able to stream their audio straight to their followers’ News Feed and receive live feedback and emojis.

For the past three months Facebook has been testing Live Audio with a number of publishers such as BBC World Service, LBC, and Harper Collins. During this period a number of bugs were worked out with the platform and it has now rolled out on the Facebook website and the official app for Android and iOS.