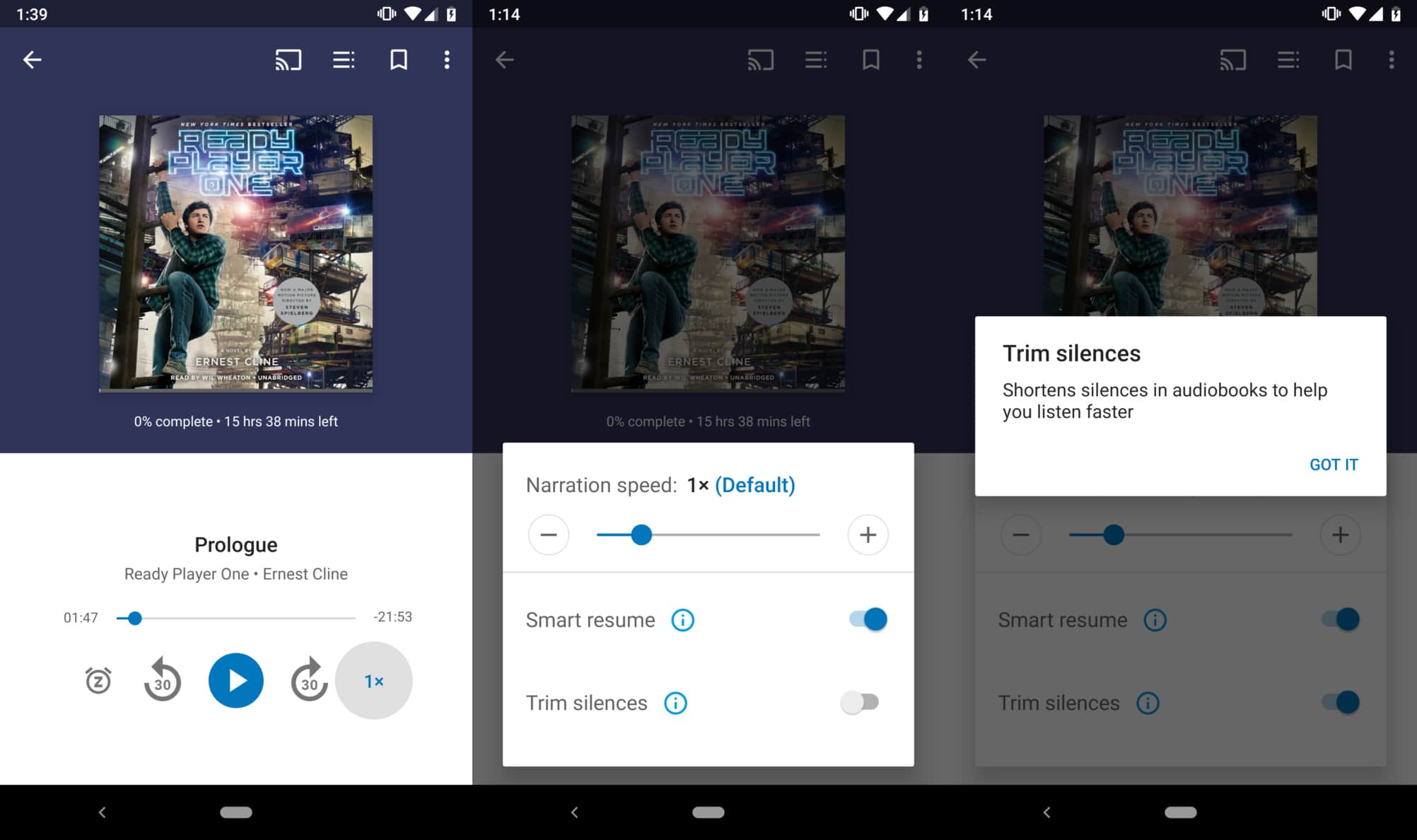 Google Play Books is the only way you can listen to audiobooks purchased from Google and they just introduced a new feature called Trim Silences. This function will automatically truncate long pauses between words or sentences. Most audiobooks are professionally made and remove this sort of thing by default, but some small presses and indie authors often have pauses, so Trim Silences is tremendously useful.

Trim Silences is not enabled by default, you have to flip a little switch to activate it. When you are listening to your average audiobook you might be able to get through chapters a little bit faster, since narrators often pause after the end of a chapter.