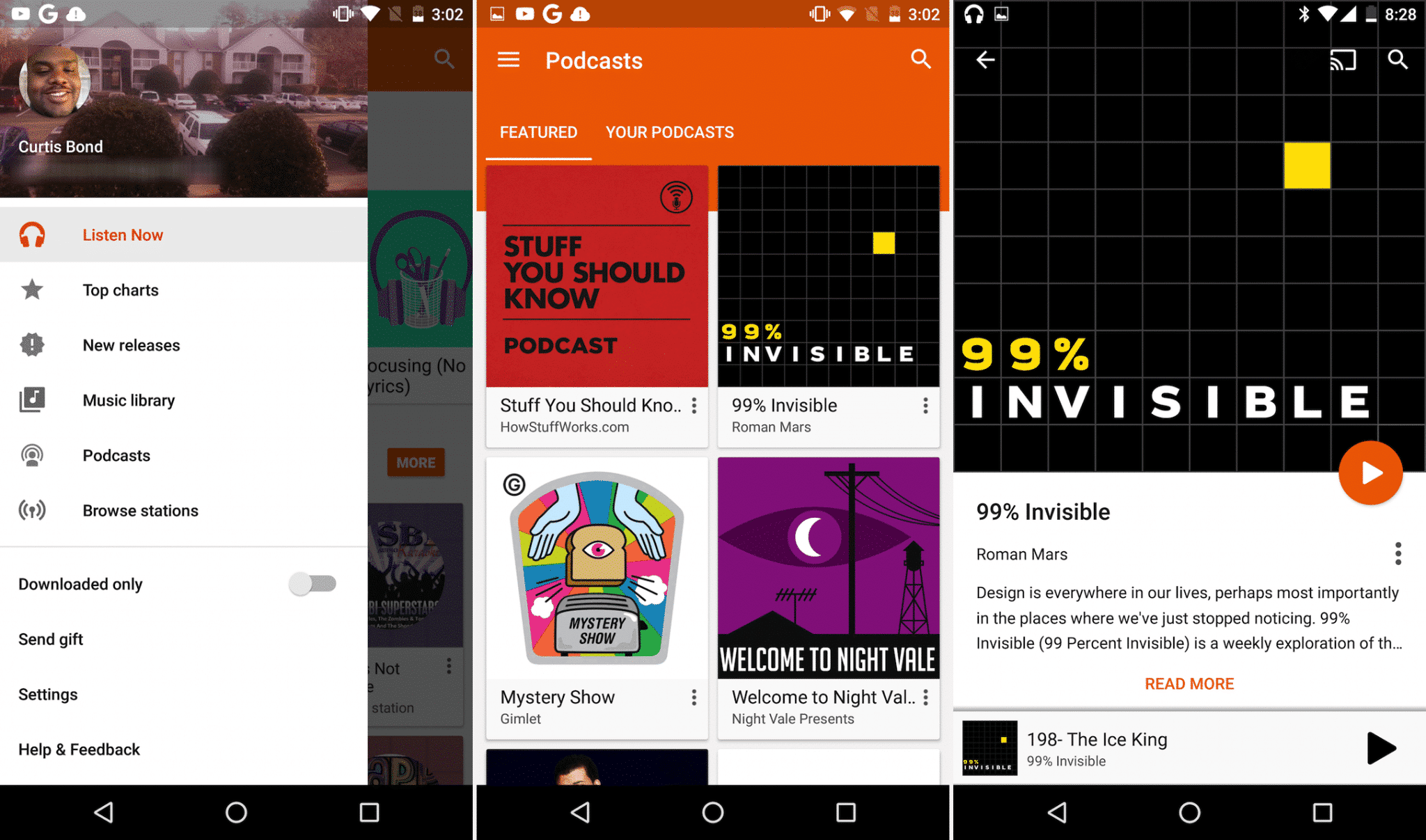 Google incorporated podcasts into Google Play Music earlier this year and it looks like they are going to spin their podcasting service into a dedicated app.  This will hopefully increase adoption, as many people were blissfully unaware that Google even offered their podcast service.

According to a snippet of code spotted by 9to5Google, the latest version of the Google app has a hidden prompt asking users to “Get the Google Podcasts app.” Google built out a full podcast interface several months ago inside the app, which will likely be accessible via a home screen and app launcher shortcut. Longtime Android users might remember that Google used to have an app called Listen, its first attempt at a podcasts player. But the company shut down Listen in 2012. That same year, Apple debuted its own Podcasts app for iOS, which has proven to be insanely popular.

Zack Reneau-Wedeen is the Podcast manager at Google and he told Good e-Reader that “On a device-by-device basis, the average iPhone listens to over ten times more podcasting than the average Android. We want to create an environment on Android where it’s just as easy to get started [as on an iPhone], and it’s actually the best experience possible for discovering and listening to podcasts.”

While that app is not live yet, it should appear on the Play Store at this link when it goes live.