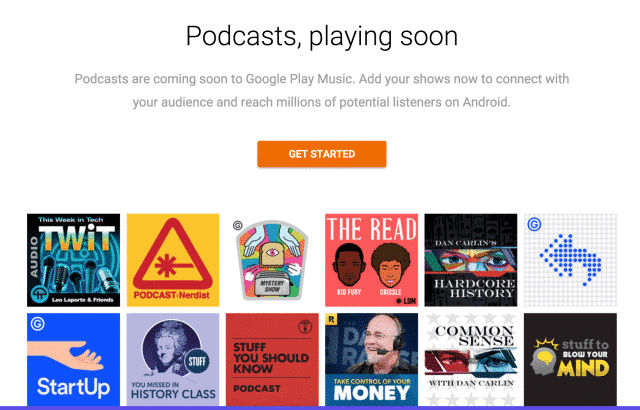 Google announced that they were getting involved in podcasting last fall and incorporating original content into Play Music. Things have been fairly quiet since then, but we now have word that the platform will launch this month.

Bill Simmon tipped that that Google Podcasts was going to be launching sometime in February on his Twitter account. The former host of ESPN Grantland is going to be one of the flagship podcasts.

Google is getting involved in podcasts at a very opportune time. 2.6 billion podcasts were downloaded in 2014. Edison Research reported that fully one-third of all Americans 12 years of age or older now say they have listened to at least one podcast.

If you are a podcaster, Google has just launched a new developer portal that allows you submit your feeds and incorporate your archive into their system.