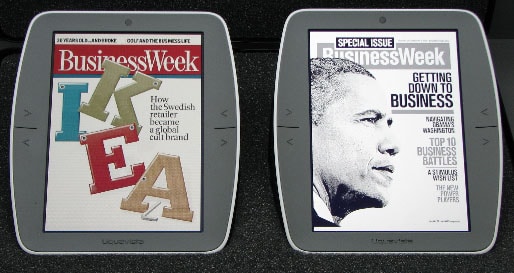 Amazon is currently in the process of building a manufacturing and production team based in Shenzhen China to produce Liquavista displays. The talent that Amazon is hiring in China will be part of new team and will be cooperating internationally with the Liquavista team based in the Netherlands.

The manufacturing of the electrowetting displays will be done at the Beijing Century Joyo Information Technology Co., Ltd Shenzhen Branch. It is as this facility that yield targets will be established and product assembly will be done. Amazon will also be housing all of the production equipment and materials at this location.

Not only is the Chinese plant being established, but Amazon is also building an executive team to direct the manufacturing process. They will be based in Eindhoven, the Dutch capital of the high tech industry. This team will primarily be responsible for managing a high-level strategic plan, while staying engaged with the day-to-day technical details of development.  It is also here where production samples will be evaluated for Q/A purposes and product quality.

Testing the engineering samples in the Netherlands is important because they can work out any kinks and insure that the technology is ready for mass production.  It is important to note that no commercial products have yet to be made with Liquavista, so they have to get it right.

Amazon purchased Liquavista in 2013 from Samsung for an undisclosed sum. A year later they started to build the initial executive team in Holland, while sending a few senior people to China to lay the groundwork for manufacturing.

Can a color Kindle be right around the corner?