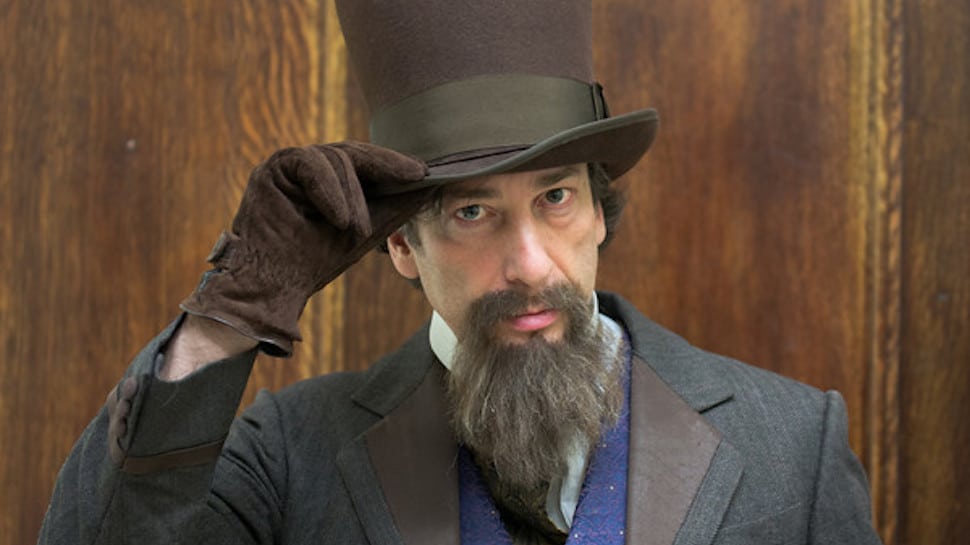 Neil Gaiman has just recorded a Christmas Carol by Charles Dickens and it is now available for free on Soundcloud. He did it in conjunction with the New York Public Library and even dressed the part.

A Christmas Carol tells the story of bitter old miser Ebenezer Scrooge and his transformation resulting from supernatural visits by Jacob Marley and the Ghosts of Christmases Past, Present and Yet to Come.

If listening to Neil read the Christmas Carol aloud is not your thing, did you know he has written almost all of his novels by hand?

“I started with Stardust: It was (in my head) being written in the 1920s, so I bought a fountain pen and a big notebook and wrote it by hand to find out how writing by hand changed my head.

“And it did, it really did. I was sparser, I would think my way through a sentence further, I would write less, in a good way. And when I typed it up, it became a very real second draft – things would vanish or change. I discovered that I enjoyed messing about with fountain pens, I even liked the scritchy noise the pen nib made on the paper.

“So I kept doing it. Sandman: Dream Hunters and American Gods and Anansi Boys and The Graveyard Book were all written by hand. The last two-thirds of Coraline was also written by hand.”