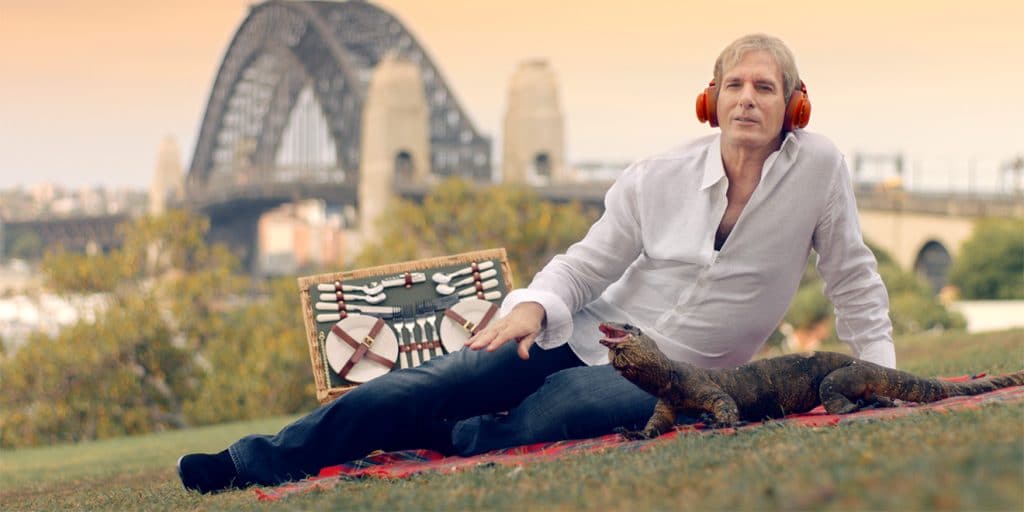 Michael Bolton has been poking fun at himself for a number of years, doing off the wall advertisements for Starburst, Honda and even some Netflix stuff. The singer has parodied his 1993 classic “Said I loved you, but I lied,” for a new Audible commercial to hype up audiobooks in Australia.

Bolton is joined by several familiar Aussie faces in cheeky cameo roles such as fitness guru Tia-Clair Toomey as a personal trainer, radio host Brendan “Jonesey” Jones as a security guard and comedian Jordan Raskopoulos as a friend Bolton visits.

Head of Audible APAC, Matthew Gain, says: “We were shocked to discover so many Aussies would stretch the truth about the books they’ve read. From Sherlock Holmes to A Game of Thrones, Audible is here to relieve the pressure of unread books and transform gym or commuting time into a chance to conquer our reading lists.”

Bolton added: “No one can deny the power of the spoken word, whether it’s a 90s classic or your favourite audiobook. I loved the idea of re-recording one of my hits with the aim of helping Audible.com.au inspire people to listen to more audiobooks – while having a huge amount of fun in the process.”