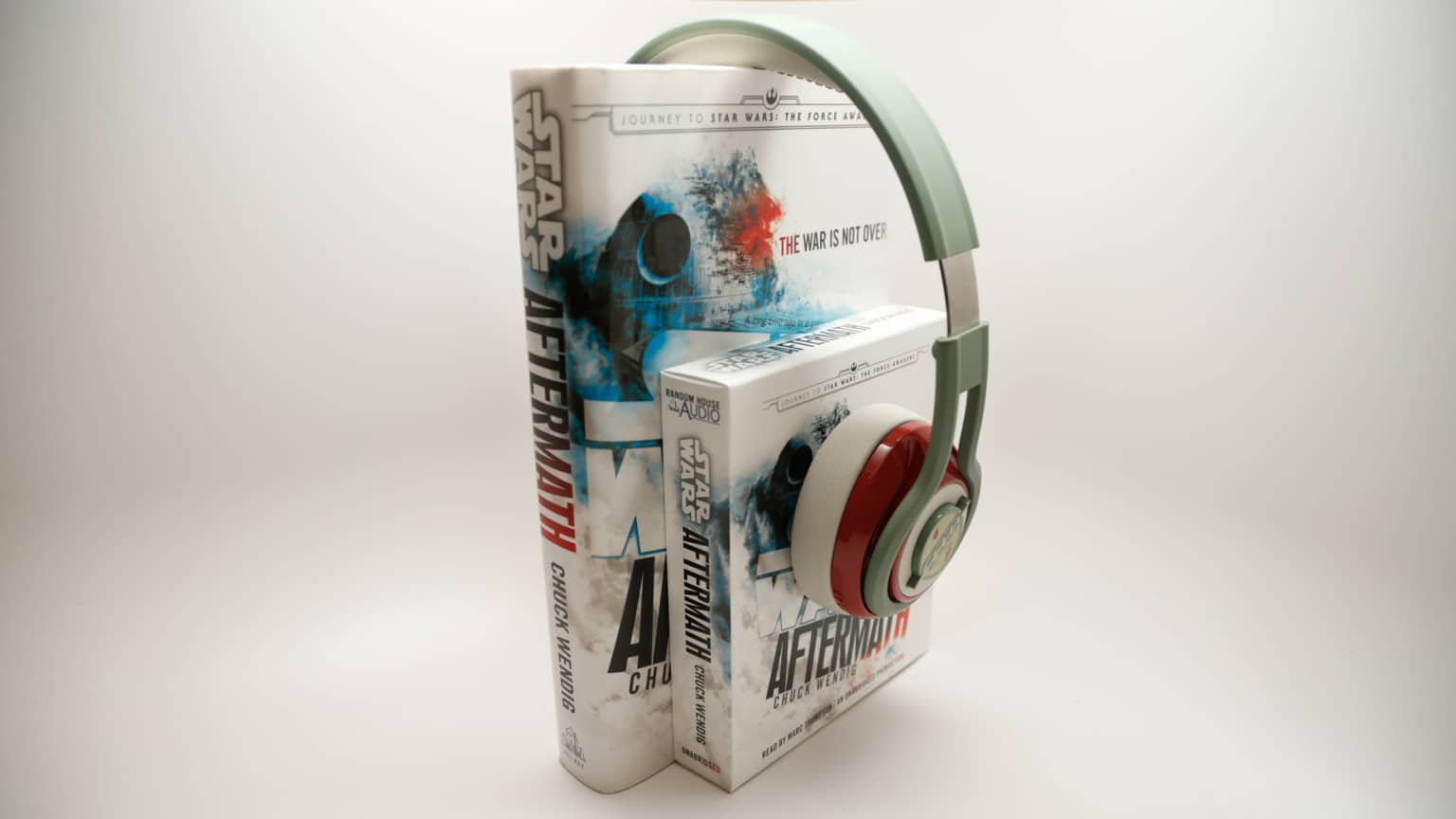 The main Star Wars website is promoting the digital audiobook format for the first time ever. The spotlight is put on the narrators, producers, script writers and how music plays a strong role in bringing the final product to life.

The most notable section in the entire article details the audiobook production system and how a team of people is able to acomplish more than someone just recording in their home studio.

When it comes to making an audiobook, it all starts with the script. “Sometimes it’s two weeks ahead of time, sometimes it’s a week,” says Marc Thompson, the voice behind The Force Awakens, The Legacy Series, and others. “A lot of the times they don’t have the script ready until the final pass of the book is done to make sure it all matches up.” After getting a hold of the script, Thompson reads through it and writes down character traits based on the descriptions used by the author. “I want to know what type of personality they have, if they’re human, alien, or if there’s any kind of vocal characteristics I can latch onto. After I’ve read the whole book and I know everyone who has a piece of dialogue to say, I’ll go back and do what I call “casting,” where I’ll try to figure out what kind of voice I want for each of those characters.”

It’s important to remember that for Thompson and other narrators, this casting process can include a plethora of unique characters of various species and backgrounds. Many times, Thompson would record samples of dialogue on his phone so that he could go back and refer to the voice he had been working on in the studio. “It can take anywhere from three to five days, usually from 10 a.m. to 6 or 7 at night, and we’ll record straight through,” Thompson says. “There’s a lot of starting and stopping, but we get through it.”

Jonathan Davis (narrator of the Darth Bane trilogy, Attack of the Clones, and Battlefront: Twilight Company, among many others) likes to work through the script in the same way that a musician might. “I look at it as music,” Davis says, “as I try to score and figure out what the objective word is to deconstruct the text so that when we get into the studio, it flows. And we’re also fortunate because these days — and this is another differentiation of Star Wars audiobooks from many other audiobooks — we have the benefit of having a director.” Many voice actors record out of a home studio, and don’t have the benefit of having a director to guide them. Luckily for Davis and the other narrators of Star Wars audiobooks, they have a great team of people behind them. The current team includes director and producer Kevin Thomsen, executive producer Aaron Blank, sound engineer Paul Goodrich, and recording engineer Matie Argiropoulos. “It’s a great team of people,” Davis says. “We’re lucky to have them.”