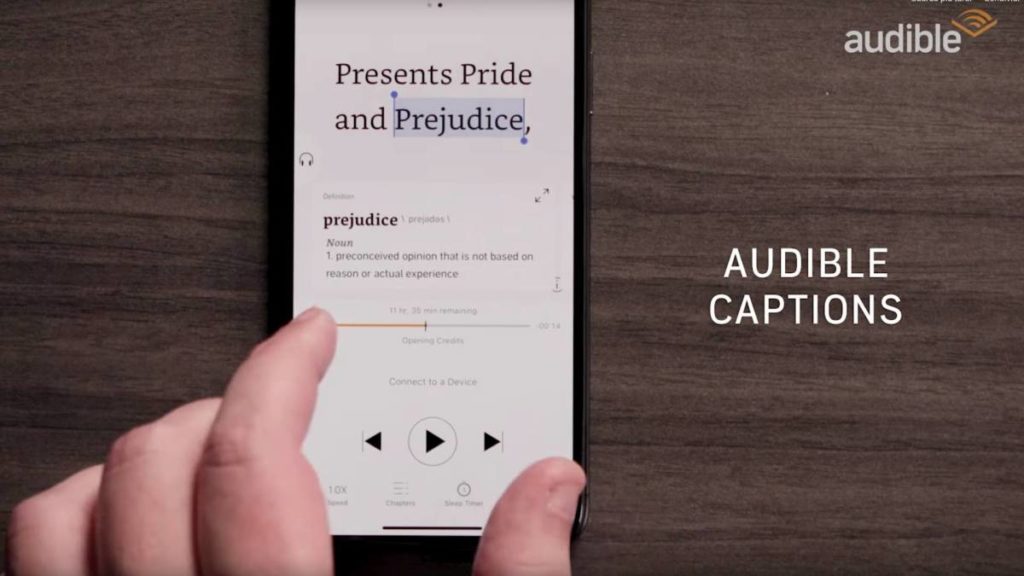 Last year Audible unveiled a system that would transcribe an audiobook, while you were listening to it, with text. This is similar to the closed captions technology that Youtube employs, but publishers were heavily resistant and the Big 5 and a myriad of others, such as Scholastic, filed a lawsuit against Audible that just wrapped up a couple of weeks ago. The final settlement has been issued, and the financial amounts that Audible owes the publishers has been redacted. Basically Audible needs each publishers permission to playback text of an audiobook and it looks like Audible is jaded and this system might never launch.

Audible officials have confirmed to Good e-Reader that there are no plans to expand to the program beyond its current pilot, which is limited to public domain works for a select group of high school students. And, in a message to IBPA executive director Angela Bole, an Audible attorney last week reiterated that if the Captions program were to expand, Audible would clear permission for all works under copyright, not just AAP members’ works, before including them in the program.

I believe the Audible Captions system is dead, publishers thought of it as giving the free ebook away, with the purchase of an audiobook. Online streaming platforms have been generating text for music and videos for a number of years, I see no difference between audiobooks, music and video, which is what Audible thinks too.