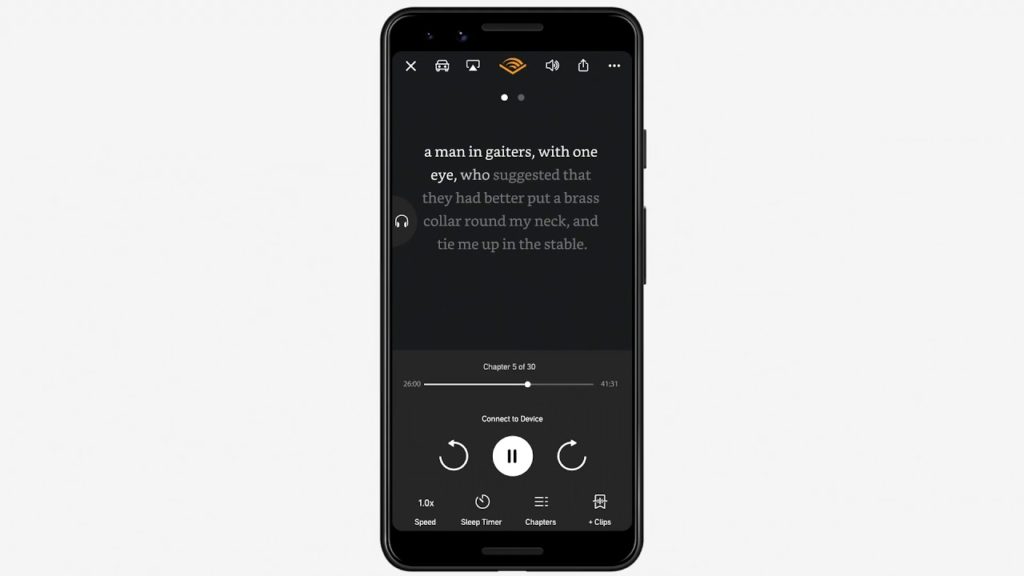 Audible Captions was a new system where audiobooks would play text, so you could follow along. This is similar to the Youtube system where it plays text, if you have a video muted. Youtube is also launching the same system for their Youtube Music platform. As soon as Audible announced Captions, all of the major publishers filed a lawsuit, saying that it would cannibalize their audiobook and ebook sales. After lots of back and forth between lawyers representing both sides, it looks like this saga finally has a resolution.

Here is basically what happened. Audible is restrained from using major publishers works for their Captions system, but it does not apply to books in the public domain. Audible can only use the Captions system for major publishers content if they receive permission, so it is likely that the two sides will enter into a licensing agreement. In two letters to the courts, Macmillan, Simon and Schuster, Hachette and Penguin Random House have dismissed their lawsuit against Audible.

Maria Pallante the President and CEO, Association of American Publishers said “AAP, the Plaintiffs, and Audible have resolved their pending litigation. Audible has agreed that it will obtain permission from any AAP Members that are in good standing with AAP before moving forward with Audible Captions for their works.”

I am finally glad this entire lawsuit is finally over. Audible represents the largest digital distribution platform for audiobook works from all of the major publishers. There is no comparison between Audible and Apple Audiobooks, Google Audiobooks or even Kobo Audiobooks.