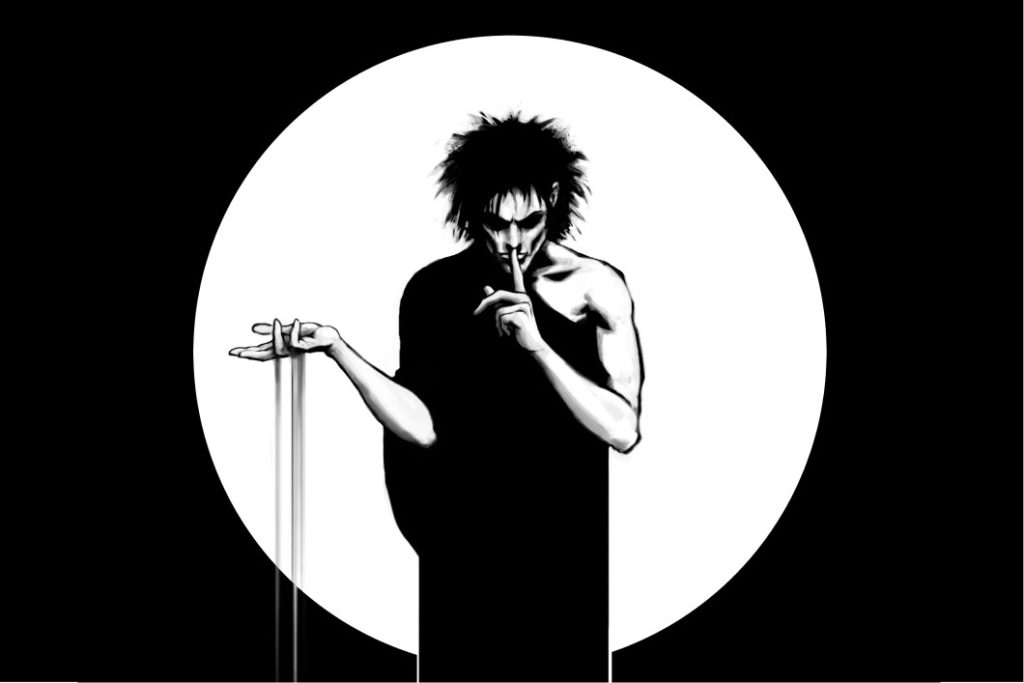 Audible is going to turn the Sandman, by Neil Gaiman, into an audiobook. The first installment will debut this summer and Gaiman will serve as the narrator in addition to a creative director and executive producer, while Dirk Maggs (who led work on BBC versions of Neverwhere, Stardust and Good Omens) is adapting and directing the novels.

Audible’s exclusive audio adaptation will bring The Sandman’s epic, metaphysical fantasy to life in meticulously sound-designed, richly immersive audio. When an occultist attempts to capture the physical embodiment of Death in a bargain for eternal life, he instead mistakenly traps Death’s younger brother Morpheus, the King of Dreams. After his seventy-year imprisonment and eventual escape, Morpheus goes on a quest to reclaim his lost objects of power and rebuild his realm. From there, one of greatest and most successful series of graphic novels ever written begins. Celebrated globally for its vibrant blend of modern myth and dark fantasy – which seamlessly interweaves contemporary fiction, historical drama and legend – The Sandman follows Morpheus, and the people and places he’s affected, as he tries to mend the cosmic and human mistakes he’s made during his Endless existence.

Dave Blum, Editor-in-Chief of Audible Originals, commented: “Audible prides itself on creating and producing immersive and entertaining storytelling, and the exclusive audio production of Neil Gaiman’s legendary comic book series marks a thrilling addition to our original content offerings. We’re excited to join Neil and DC in bringing this extraordinary and beloved universe to Audible’s millions of listeners worldwide, for the very first time.”