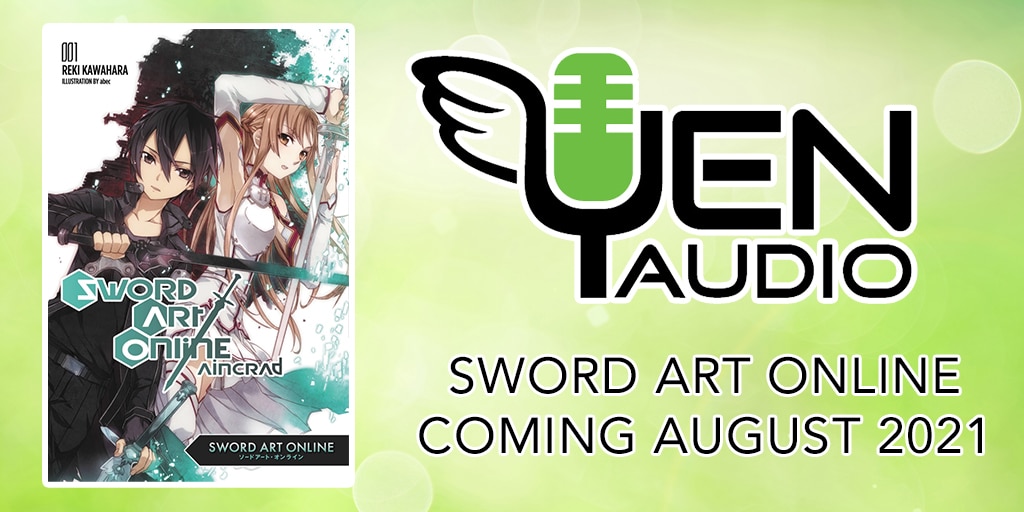 Yen Press is going to be taking some of their hottest manga properties and converting them to audiobooks. A number of Sword Art Online novels are going to be released in August. The company has started a new imprint called Yen Audio and have teamed up with Hachette Audio, who will produce the audiobooks and do all of the narration. The finished products will be distributed to all of the big retailers, such as Audible.

Publisher and managing director Kurt Hassler is working with Hachette Audio and senior vice president Anthony Goff, who negotiated the world rights deal for Hachette Book Group, for Yen Audio. Hassler stated in an interview with ICv2 published in March that 2020 was a record year for Yen Press. Hassler added that the manga market took a significant hit in the second quarter of 2020 due to the new coronavirus disease. The manga market then took a significant upswing last summer, and by fall, the company experienced sales significantly higher than in 2019. Hassler reported that the positive momentum has continued into 2021.

Here is the full list of lite novels receiving the audiobook treatment for 2021.