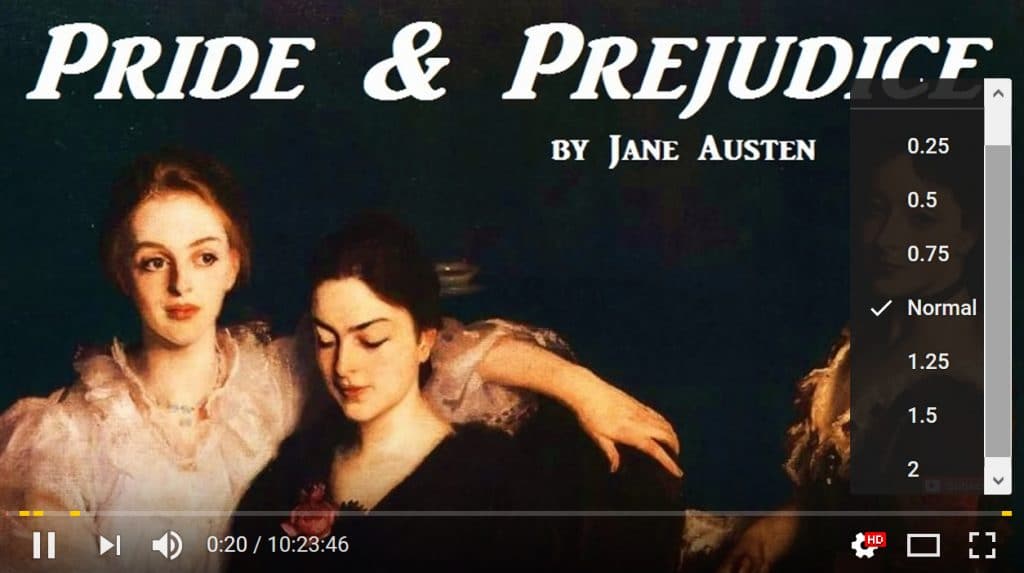 You might not think of Youtube as an online destination to listen to audiobooks and podcasts, but there is no shortage of material there. One of the most requested features for the platform is to adjust the speed to watch videos or audiobooks. A few years back, the variable speed playback system was introduced for the web version but now their Android and iOS app have been updated to include it.

Youtube allows you to listen to audiobooks or music at .25x to around 2x, which is double the speed of the native content. Normally when you listen to digital content in an app, you normally get the chipmunk effect when the speed is turned up to the max or in slow-motion when dialed down low. YouTube solved these issues through a process called time stretching, which lets you change the duration of the audio signal without affecting the pitch or distorting it. They achieved this effect through a phase vocoder, and in particular for Android, the Sonic library for audio manipulation.

I think many audiobook lovers out there might not be aware you can listen to a slew of royalty free open source stuff. It is all narrated by professional authors and mastered by sound engineers.