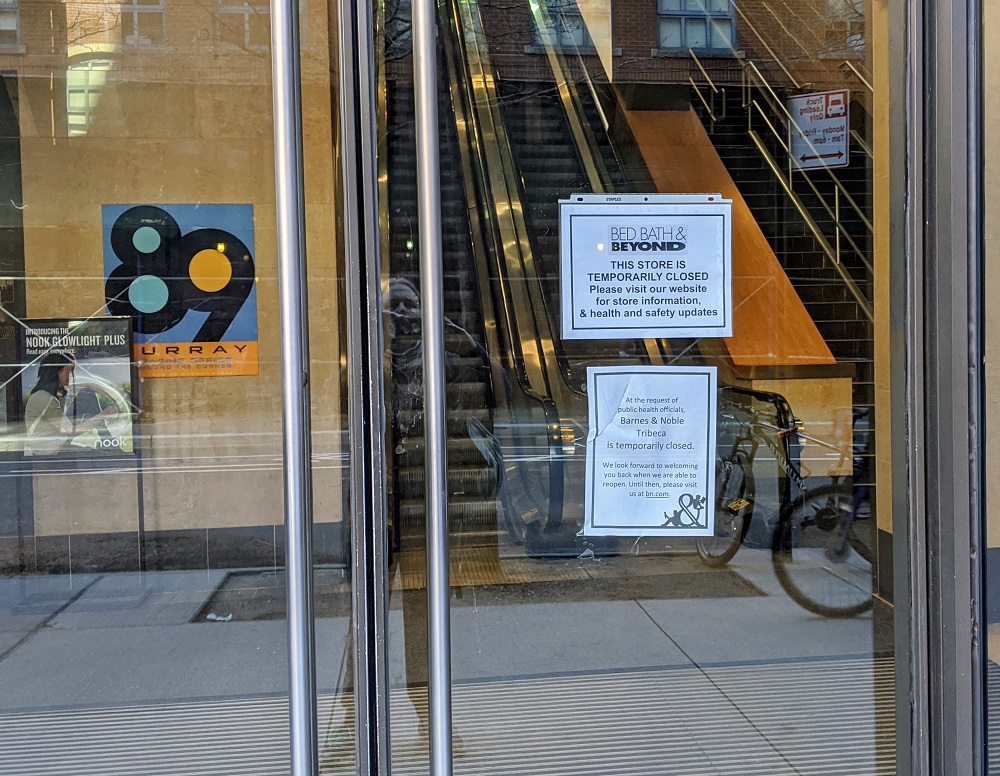 Barnes and Noble closed 400 bookstores last week and today they have just closed another 100. So in total over 500 bookstores all over the United States have closed and less than 100 remain open, but for how long?  A large number of employees have also left the corporate headquarters in New York, whether they are working for home, or have been  laid off, remains to be seen.

For the 100 stores that remain open, only a certain number of customers can be in the store at any given time. Outside there are one meter long markers, so patrons have to be at least one meter away from each other. Security guards are posted at entrance and will wave people through to shop.

The retailer is also making book recommendations through BN.com and “staying connected to our communities through social media and virtual author readings and events,”  a B&N spokesperson said.