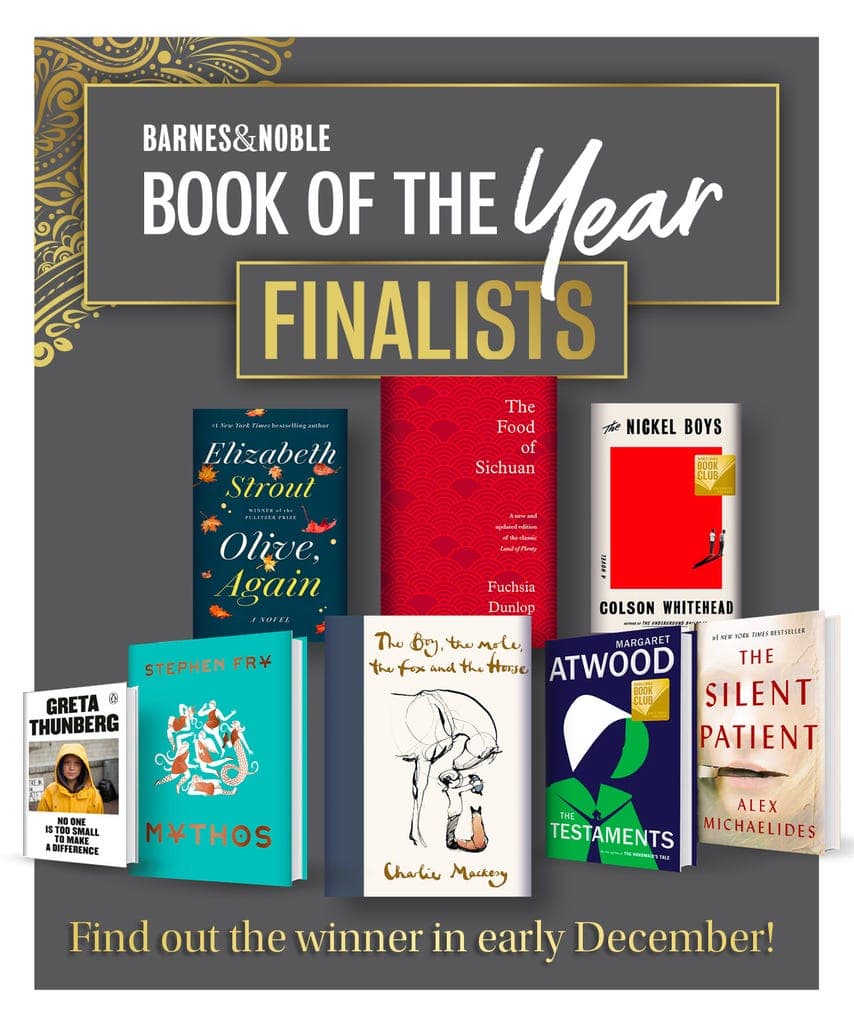 Barnes and Noble is holding their inaugural book of the year program. These books were submitted by all 650 retail locations in the United States and shortlisted to 8 titles by a committee , which includes the new CEO James Daunt. The Barnes & Noble Book of the Year Finalists will be displayed in stores and on BN.com starting today, with the winner chosen by Barnes & Noble booksellers and announced in early December. Given that this is a prize bestowed by booksellers, it is anticipated that the winner will enjoy notable sales success, which is not always guaranteed to winners of a literary prize.

“The Barnes & Noble Book of the Year is unlike any other U.S. literary prize, as it is selected by booksellers, voting for the title for which they are most proud to be selling,” said CEO James Daunt. “There is no other rule: no limit by genre, by publication date, by commercial success or anything else. The nominations indeed evidence that no rule has been followed. They include a variety of subjects, from the literary to the culinary, and even one title that had yet to be published when nominated, such was the anticipation for it by Barnes & Noble booksellers.”

“As booksellers, we are in the privileged position of being exposed to the full range of new book releases each year, from blockbuster titles by established authors to smaller, more unique offerings, and, for the first time in Barnes & Noble’s storied history, we are celebrating this with a Barnes & Noble Book of the Year,” Daunt continued. “During my time as a bookseller and bookstore owner, I have found the best recommendations come from other booksellers. This, very often, is for books that have eluded the bestseller rankings. We have enjoyed very much the eclectic eccentricity of many of the titles proposed by booksellers, and believe the shortlist reflects the serendipity of discovery that is a hallmark of a visit to one of our bookstores.”

The Barnes and Noble Book of the Year program is the first major initiative that was spearheaded by the new CEO James Daunt. He has been running a similar campaign at Waterstones, the largest bookselling chain in the UK for the past 15 years.

The inaugural shortlist for the B&N Book of the Year is as follows;