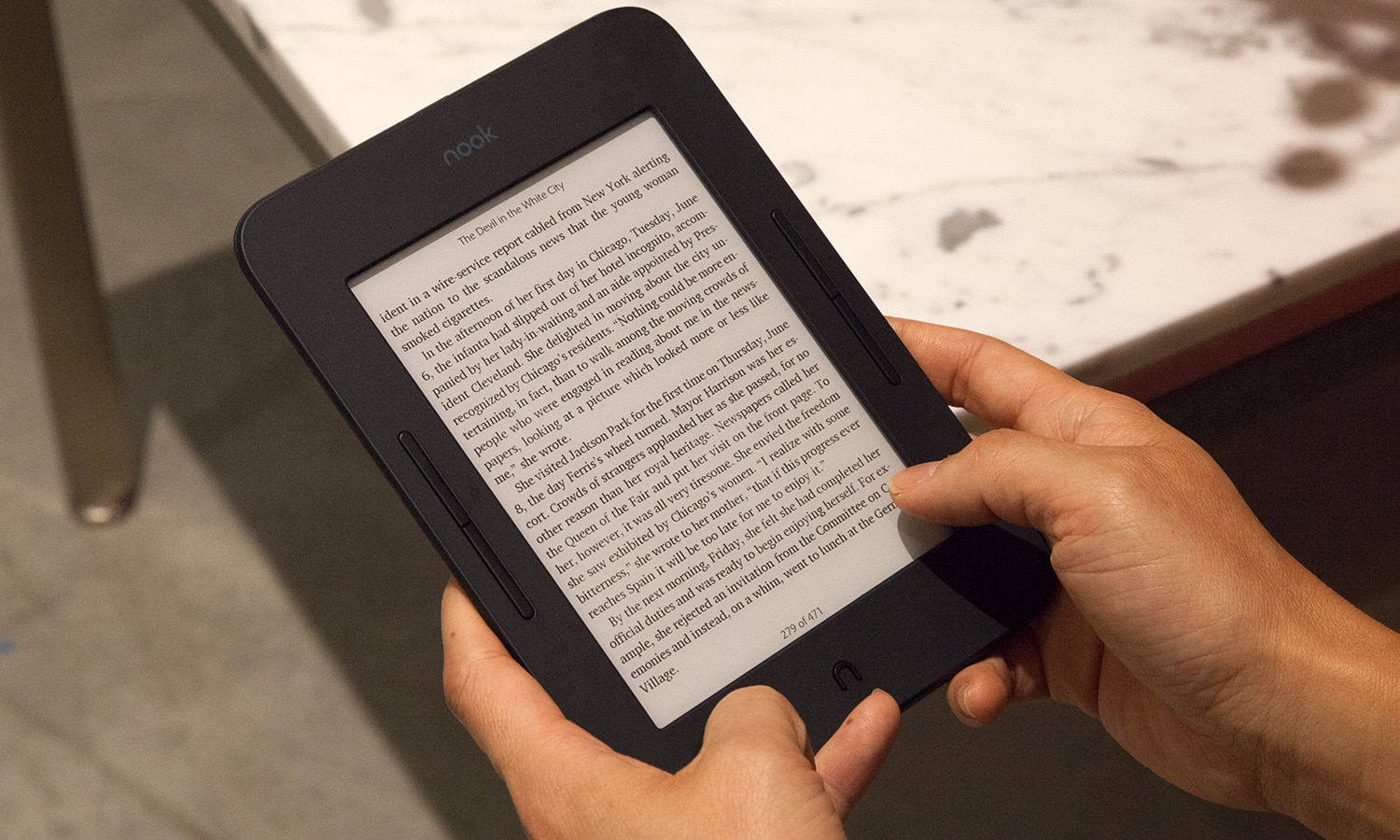 Barnes and Noble is apparently sold of all of their e-readers online and most of their retail stores. This includes the Nook Glowlight Plus and the Nook Glowlight 3. This is the first time that both models have been completely unavailable for purchase since they were released. There are no estimated dates in which they will be back in stock again.

Will Barnes and Noble release new Nook models soon, such as a color version? Will they simply refresh the product lineup?  Are they getting out of e-readers altogether or are they simply going to manufacture more units? These are all big questions.

E INK is on their second generation Kaleido color e-paper, and there is a huge difference in the way colors are displayed, there is a wider gamut and accuracy has been dramatically improved. The 3rd generation Kaleido e-paper is coming out in June, which means a October/November release would seem likely. A color Nook would be a game changer, and would make the bookseller the first big brand to embrace the technology.  Refreshing the lineup with the current generation B&W tech really doesn’t make a lot of sense right now, there hasn’t been much innovation, since most of the research and development is focused on color or e-notes. The new B&N CEO said in numerous interviews that they are committed to the Nook, but it isn’t a priority right now, their main focus is to get out of leases in malls, and huge megastores and gravitate towards smaller more boutique locations. They also want to reset the culture, giving managers more control over the books they stock, rather than it being mandated from executives in New York. Obviously this effort will take years.

Will Barnes and Noble just ping their manufacture, Netronix to make more units? I doubt Barnes and Noble really sells many e-readers in the stores anymore, since they are not even advertised. Many bookstore locations remain closed, except for curbside pickup or online orders. Do you think that B&N is really selling so many Nooks, that they can’t keep up with demand? This seems unlikely, if this was the case, they would likely send out a press release, saying the demand for the Nook has never been stronger.