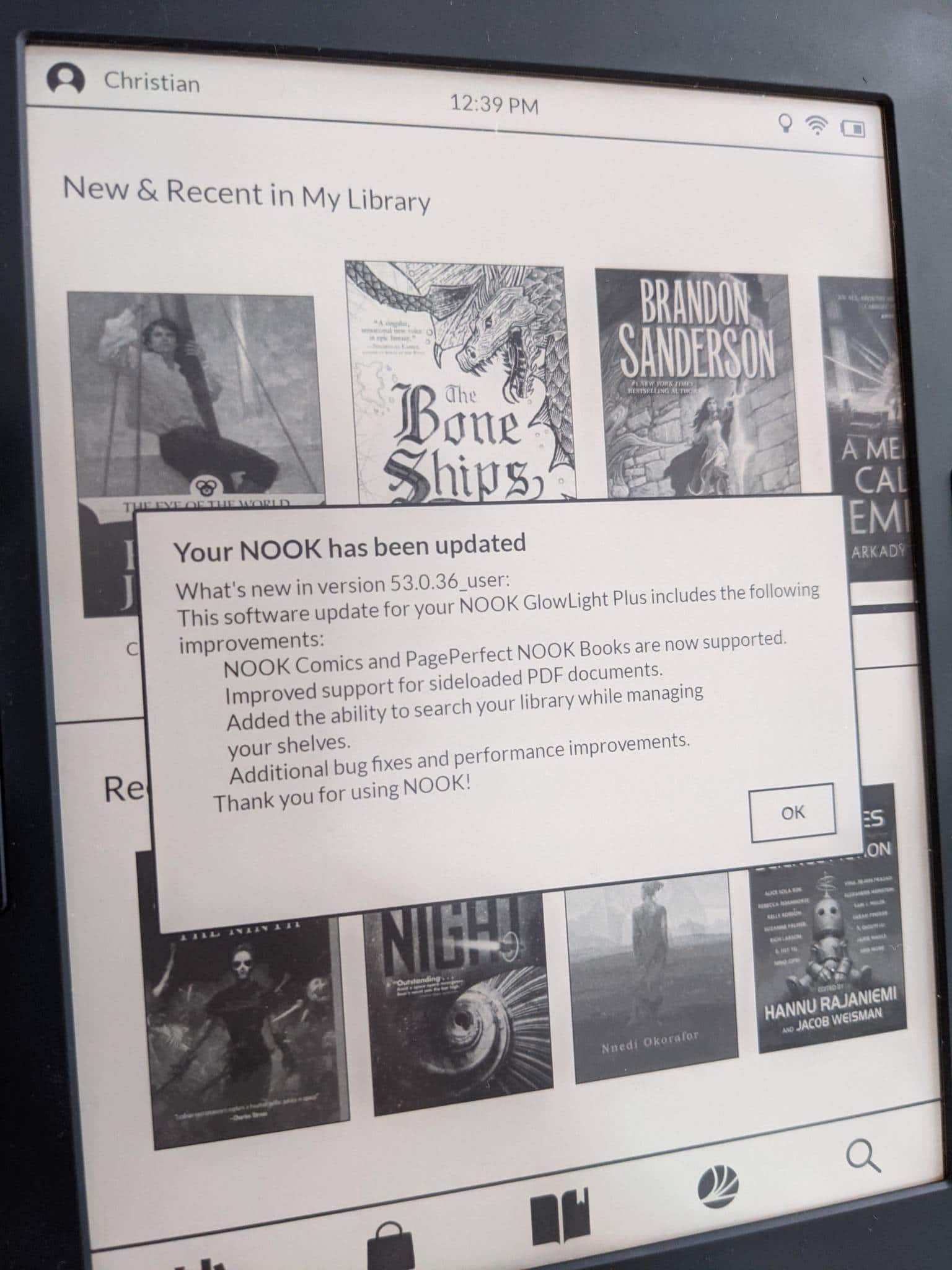 Barnes and Noble has just issued a new firmware update for the Nook Glowlight 3 and Nook Glowlight Plus 7.8. The new version number is 53.0.36 and include support for Nook Comics and Pageperfect Nook Books. If you have not heard about Page Perfect before, their layout is designed to mirror the print book, including all images. There is also new enhancements for sideloaded PDF documents

I find it very interesting that Barnes and Noble is optimizing their e-readers for image heavy content, from comics to nook books to PDF files. There are rumors swirling that the nation’s largest bookseller is gearing up to launch a color E INK Nook sometime this year and are testing all of the new enhancements on their black and white devices first.