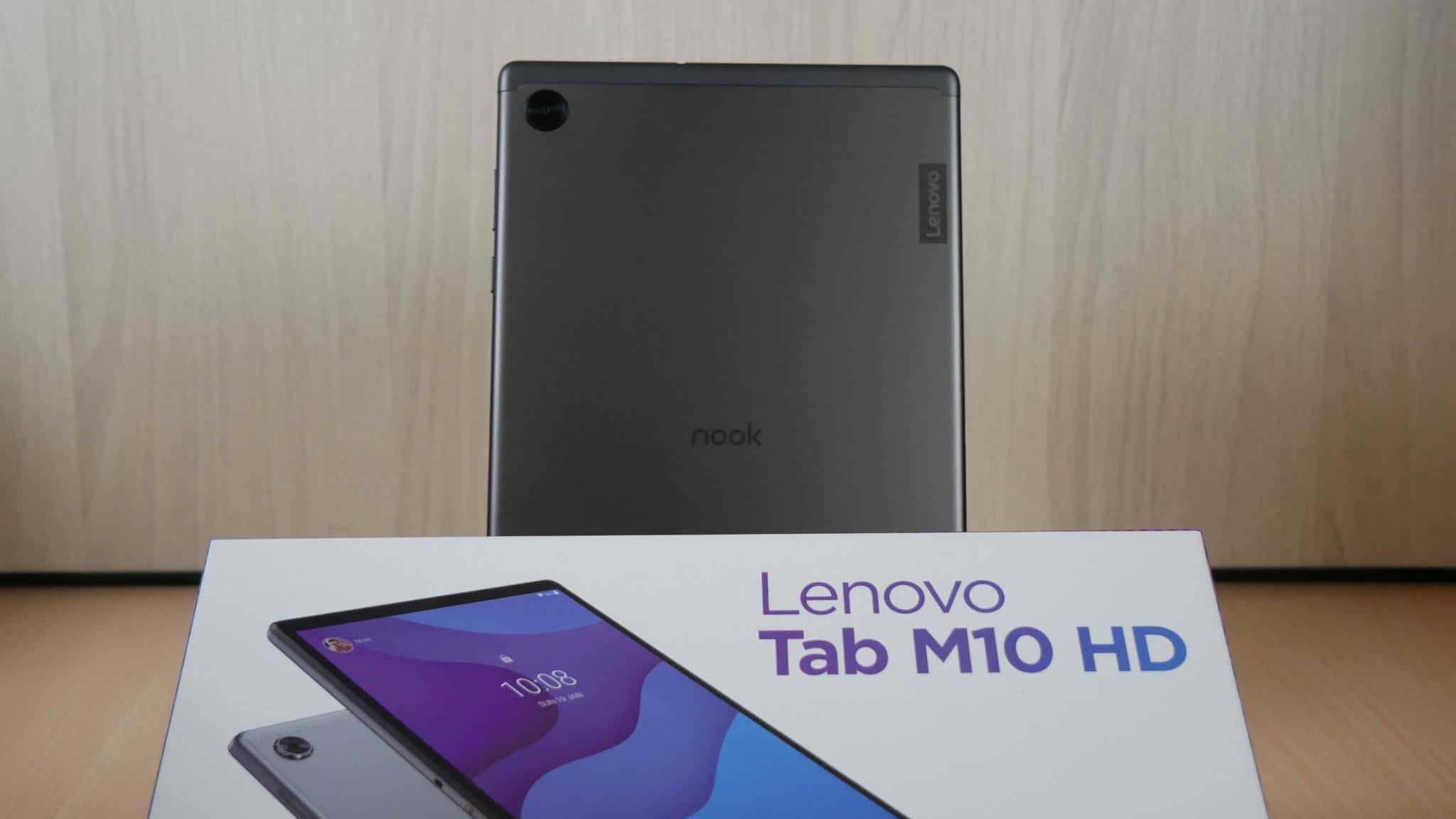 Barnes and Noble has just released their first tablet in over three years and it is called the Nook 10 HD. The bookseller partnered with Lenovo, for the tablet construction and manufacturing. When it comes to the retail packaging, there is nothing to let the user know this is a Nook branded product, other than small text, letting people know it comes pre-loaded with the Nook reading app. The back of the tablet, once it is out of the box, does have branding on the back of the device.

The Nook 10 HD features a 10.1 inch IPS display with an 85 percent screen-to-body ratio and a resolution of 1280 x 800 Pixels with 149 PPI and 400 nits. The tablet offers customers endless entertainment in one package with NOOK eBooks, digital newspapers and magazines, Google Play, Google Assistant, Kids Space from Google, which is a new kids mode featuring apps, books and videos.

Underneath the hood is an 2.3 GHZ octa-core processor, 2GB of RAM and 32GB of storage with the option to expand with a micro-SD card, allowing readers to build an extensive digital library with to 256 GB of additional storage. It includes a FM radio and comes fully equipped with 5 MP front and 8 MP rear cameras, Bluetooth 5.0 capability, USB-C and dual audio speakers powered by Dolby Atmos. You can even plugin a pair of wired headphones via the 3.5mm headphone jack. A long-lasting battery for up to 10 hours of web browsing on a single charge and it is lightweight and weighs just 420 g.

The front of the retail packaging has the model number Lenovo M10 HD and has a side profile view of the tablet. There is a sticker that lets people know that it ships with the Nook e-reading app preinstalled On both sides of the box, it also has the companies name and model number. On the back of the box, lists some of the big selling points, like a premium metal design, cameras and also lists some basic tech specs.

Opening the box for the first time, you are greeted by the tablet, encased in a static proof bag. Underneath that multiple chambers, made of card stock. There is a SD card removal tool, quick start guide and warranty information. It also comes with a USB-C cable and a wall charger.

The front of the tablet is very reflective, since it has a layer of glass. The color scheme is all black on the front and the back has a looks like gunmetal, and is actually made of metal. There is a Nook and Lenovo co-branding also on the back, as well as the rear facing camera. There are speakers on the bottom, as well as the USB port, the side has a two volume buttons, next to the SD card tray, there is a power button the top.

This tablet looks really solid and there is nothing really glaring from a pure hardware presentation. It is being sold at all Barnes and Noble retail stores and online for $129, which is significantly cheaper if you want to buy the M10 on its own, which is around $180. One of the benefits about buying this tablet, is if there is anything wrong with it, you can simply bring it back to the bookstore and get a refund, or swap it out for another unit.