Serious readers often have many bookshelves full of old books and one artist is doing something constructive with them. Su Blackwell has put together a breathtaking collection of odes to classic literature that require no reading to appreciate. 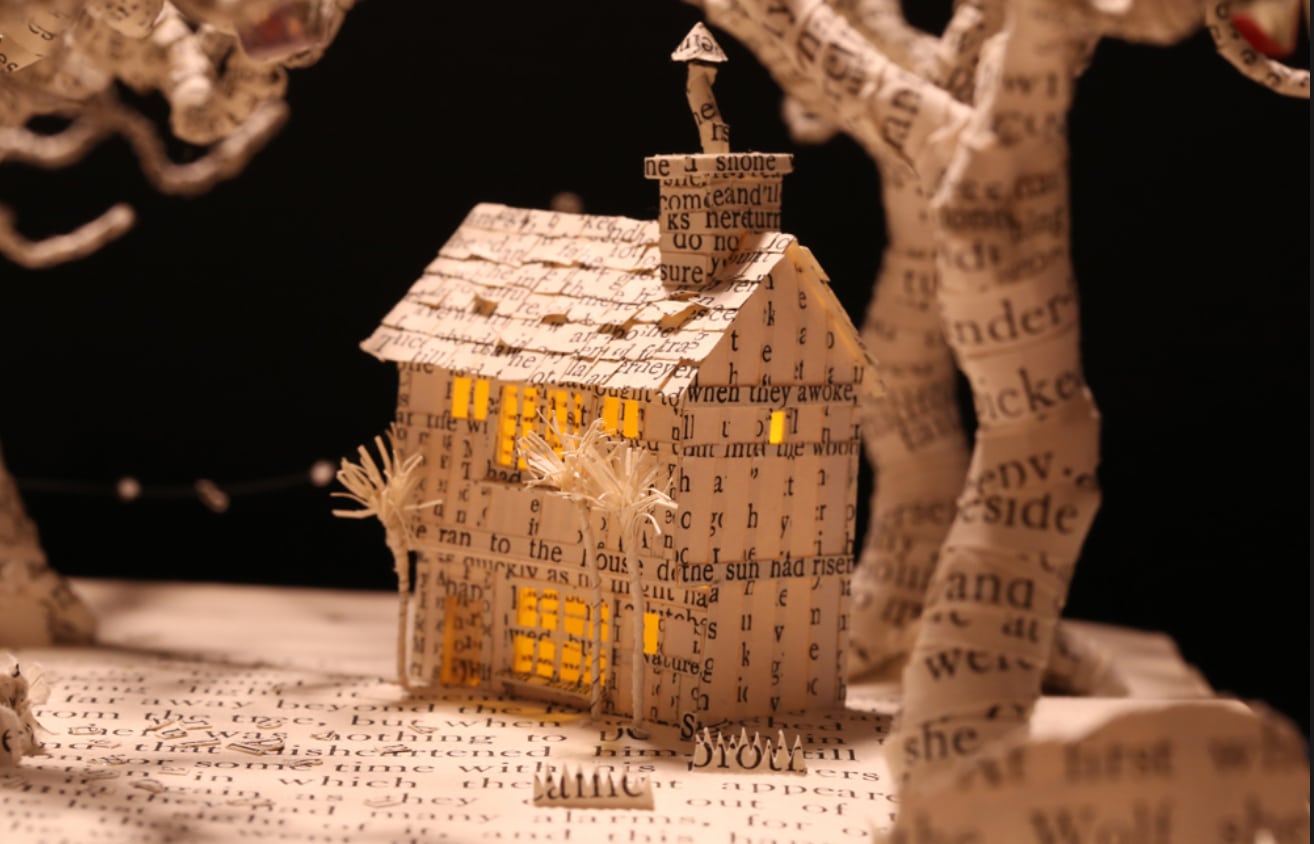 Su says of her work…”I often work within the realm of fairy-tales and folk-lore. I began making a series of book-sculpture, cutting-out images from old books to create three-dimensional diorama’s, and displaying them inside wooden boxes”.

“For the cut-out illustrations, I tend to lean towards young-girl characters, placing them in haunting, fragile settings, expressing the vulnerability of childhood, while also conveying a sense of childhood anxiety and wonder. There is a quiet melancholy in the work, depicted in the material used, and choice of subtle colour.” 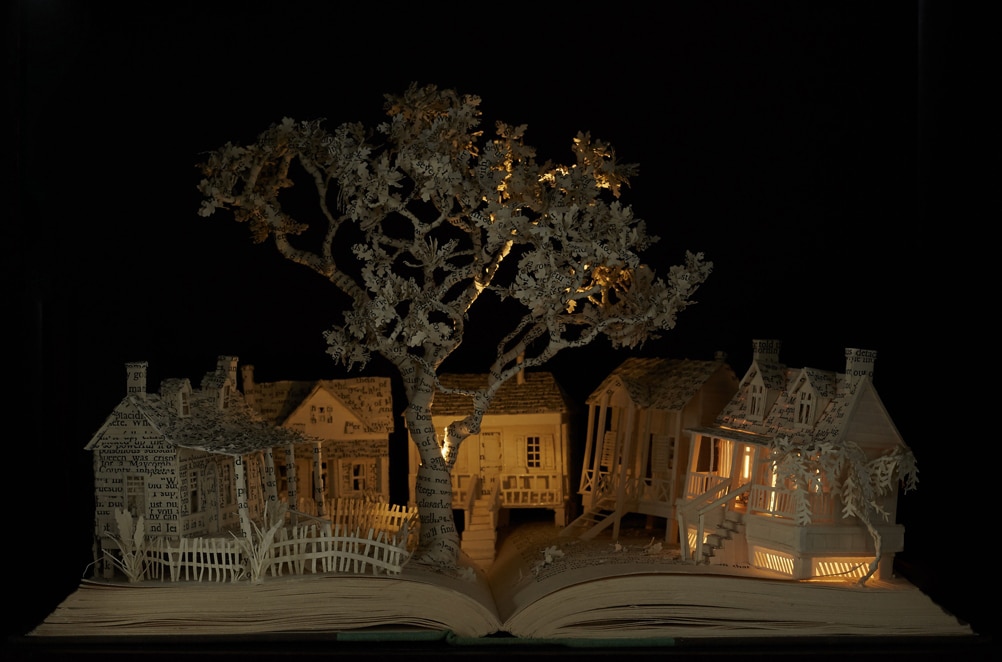