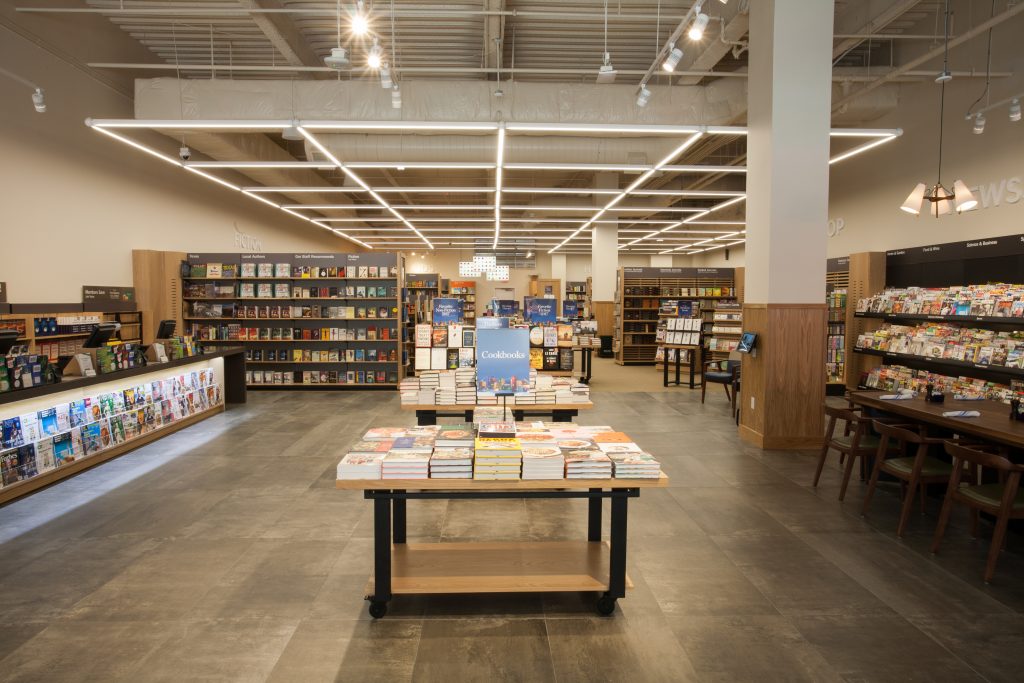 Barnes and Noble had a horrendous holiday season and the entire bookstore chain experienced declining sales of 6.4% as compared to the prior year.  Over the course of the entire year of 2017  sales fell 6% to $3.7 billion and Barnes and Noble recorded a net loss of $125.5 million compared to a profit of $22 million the year before. Why is Barnes and Noble continuing to lose money when they are the last big bookstore chain the United States? Current staff members and managers disclosed to Good e-Reader exactly how dysfunctional is it.

What the staff has to say
A couple of years ago, they began pushing sales of their overpriced, $25 membership even more – to the point where it was the only thing discussed in employee morning/evening meetings. They began implementing “contests” for employees, where the employee with the highest membership percentage would win something small ($5 gift card, a drink from the café, etc.). Memberships are one of the main things keeping this company alive.

They also started printing off coupons after every transaction for the café. The more popular ones were the “$2 off any drink” and “Buy 1 get 1 free cookie” coupons. They purposely allowed themselves to lose money over café items in hopes that employees could upsell to them successfully every time.

B&N has essentially turned into an FYE store, selling Funko Pops, board games, and other toys. These items have taken up a huge portion of the stores’ selling space. A bookstore should sell mainly BOOKS – not cheaply made collector’s toys that every other store on the planet sells.

The company started wasting money to hire “secret shoppers” to come into the stores about once a month to observe the store and score them based on what they saw. The review is based on two sections: the book floor and the café. On the book floor, they check to see if a bookseller approaches them and helps them without the shopper having to approach them. They go through a checklist of things on the secret shop reviews. In the café, the baristas are to make sure names are on all cups, make sure they are attempting to upsell to the customer (add shot, flavor, or food item), and that all tables are wiped down, etc. The secret shopper will get the names of the employees they interacted with and write a brief description of them. If anyone misses anything on the secret shop, it is discussed as a group in the employee meetings and MUST be improved on. Some employees (the ones who cause the store to lose points on the reviews) are scolded.

Barnes & Noble also had an entire weekend last year, around Christmas time, where every drink – any size – was $1. The goal of this was to sell the drinks at a loss to get a bunch of people into the stores so the booksellers could get them to buy even more things at full price. It failed miserably. Many customers abused the $1 drink special, and ONLY bought the drink. No add-ons, no food, and certainly no books.

B&N is STILL releasing new NOOKS. The failed e-reader is still on store shelves and still being promoted like it was when it first came out. It’s outdated and cannot compete with tech companies. There was also that time – about a year ago – where the NOOK came preloaded with malware and stole people’s information. That was a fun time.

In February, we all know that Barnes & Noble “laid off” (fired) 1,800+ full-time, benefit-receiving employees out of the blue. This was in an effort to cost cut and save money after the horrible holiday season they had. The worst part about this is that they had the nerve to offer part-time, minimum-wage jobs to the people they let go, after their “severance pay” was done.

I used to work at Barnes & Noble. Quit not too long ago. I saw the end coming after Red Monday (the massive layoffs in February). Prior to leaving it got so bad in my store that they cut payroll to where they wouldn’t schedule a cashier on the mall side of of the store, cafe was only to spot clean the floor if necessary, and coming in every shift to someone quitting. People were getting verbal warnings on memberships, and we were constantly failing our secret shops because of how short staffed we were.

They STILL will not price match their own website. Although, they have had a couple of days recently where they will do this, but only to B&N members and ONLY as a last resort to sell a product in case the customer is unsure. Again, this is a once-in-a-while thing that happens at random.

The cafés switched from pre-made whipped cream cans to having to make whipped cream in the café. I know that Starbucks normally does this, but Barnes & Noble recently switched to this in order to save money (Those boxes of whipped cream cans were too expensive, I guess). Employee café discounts were reduced to 30% off (instead of 50%).

I was an employee for almost 2 years, and managers always told the booksellers to greet and approach every customer and that customers walk into the store and “don’t even realize that they need certain things”, so it’s the booksellers’ job to put those products (and everything else) in the customer’s hands. Usually, through “recommendations.” Barnes & Noble’s philosophy is upselling – always getting the customer to buy more than what they originally intended to. They always try to milk as much as possible out of people. It’s like that in café, and it’s the same on the bookfloor.

I’ve worked for B&N off and on for 8 years and it’s incredibly distressing to see how much has changed. The vibe is just not as positive anymore – on the sales floor or in the break room. And now we sell an insane assortment of pens?? Why??? We aren’t Staples!!

The Nook is way behind and the Book department is all but gone. My store is using the old Nook tables for book displays, and only the Nook desk has any Nooks to try out. Even the Nook leads are gone. In short, the Nook is just another thing to buy, so its existence is negligible in terms of survival. It’s more of an afterthought in case one customer a day is wondering about those “new fangled electric reader things.”

What Management has to say

Corporate seems to be scrambling, there is no clear direction. The stores are understaffed, especially after cutting 1800 of the most well trained full time employees. Stores don’t have time to focus on training so the general knowledge of booksellers is going down.

Company is scrambling to stay afloat. payroll cuts so deep that managers are stressed and stretched beyond capacity.

Low-paying, no room for advancement once you become assistant manager as store managers are often hired from big box retailers and not promoted from the inside.

I love the staff, however the company makes a lot of backwards thinking decisions. For example, shoveling millions of dollars into our tablets and e-reader without having any true experience in device technology and tech-industry experts at the helm. The cutbacks in staffing kill our level of customer service, and it is increasingly difficult to keep high-performing employees at the low level of pay we offer.

The pay is poor, employee retention is poor, our executives make really bad decisions, and our hardware and software technologies are years behind, making it very difficult to do our jobs and serve our customers.

The organizational culture is not maintained throughout the entire organization, some locations are much better places to work compared to others. Moreover, there are favoritism by management as it pertains to their employees, some employees tend to be more valued than others. Employees at a lower level are treated as assets rather than humans, and there is a lack of diversity higher up the hierarchy. Nevertheless, the company is very adaptive to their external environment, and uphold a positive reputation among their business partners and vendors.